Sindhu Darshan is held in Leh every year in June on the full moon day of Guru Purnima on the banks of the river Indus. 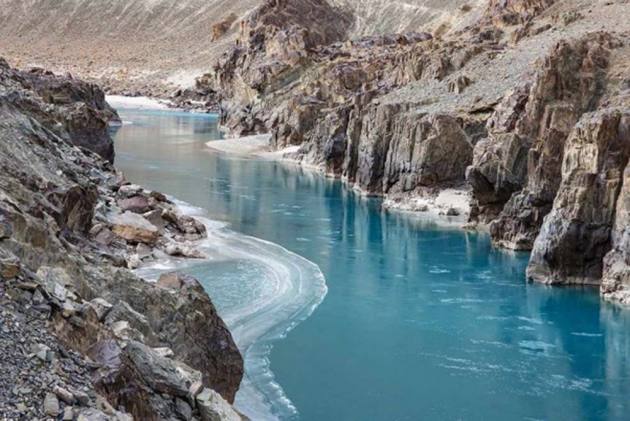 The Ladakh administration has postponed the “Sindhu Darshan” festival in view of the surge in Covid-19 cases. The BJP has sought wider consensus between all stakeholders whether it should be canceled altogether this year.

The region’s tourism secretary Mehboob Ali Khan has stated that given the unprecedented Covid-19 situation in Ladakh and across India, the Ladakh administration and the event organisers have decided to postpone the festival.

“The well-being of the people of Ladakh is of paramount importance to the UT administration and no such event would be organised that compromises the health and safety of the people,” Khan said in a statement. Earlier, a meeting of the secretary tourism on May 12 to review the progress of the ongoing work at the Indus riverfront generated controversy with political parties in the region assuming that the Union Territory administration was going ahead with the Sindhu Darshan festival. However, Khan later clarified that the meeting was not related to organising the Sindhu Darshan 2021. He said there had been a misunderstanding of facts regarding the purpose of the review meeting.

The festival is held in Leh every year in June on the full moon day of Guru Purnima on the banks of the river Indus in Shey Manla, about 8km from Leh city. This year, it was scheduled to be held from June 19 to 27.

The festival was first conceptualized by BJP leader L.K. Advani in 1996 and for the first time the event was held in the form of the Sindhu Darshan Festival in October 1997. And since then it continues to be held every year, attracting a large number of domestic and foreign tourists.

Ladakh MP and the BJP leader Jamyang Tsering Namgyal, talking to reporters in Leh, said Sindhu Darshan has been postponed due to the raging Covid pandemic. He said after the review meeting by the secretary tourism a controversy erupted with people assuming that the government was going ahead with the event. He said he had spoken to the Lt Governor of the region and others and they assured him that the Sindhu Darshan has been postponed. “There is a question why it hasn’t been canceled and why it has been postponed only. I think Ladakh Autonomous Hill Development Council, Leh (LAHDC) is competent enough to take a decision about it,” he said, adding all stakeholders should take a unanimous decision.