Besides sowing the seeds of the great educational institution, Sir Syed Ahmed Khan also propagated pluralism, mutual trust, coexistence, which we need the most today. 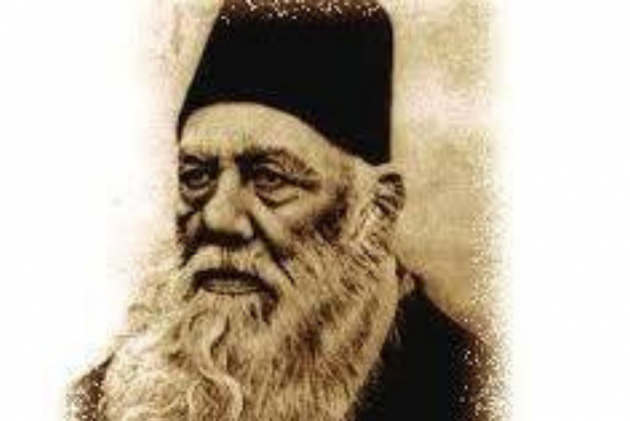 Besides sowing the seeds of the great educational institution, Sir Syed also propagated pluralism, mutual trust, coexistence, which we need the most today.

Sir Syed’s era witnessed the consolidation of colonial rule in the country. A subjugated society was marred with several issues. Sir Syed, a reformer dwelled on education but kept an eye on the developments around him.

Dialogue, not discord was his way out to solve the controversial issues. For this, he wrote extensively in his The Loyal Mohammedans of India (1860), The Aligarh Institute Gazette (1866), and Tahzibul Akhlaq (1870).

Much before Salman Rushdie’s Satanic Verses shocked the world, it was William Muir (1861) who wrote a book on similar lines. Not surprisingly, the book shook Indian Muslims and there were impromptu and vociferous protests. However, Sir Syed adopted a different approach. He strongly advocated that Holy Quran does not prescribe any corporal punishment for blasphemy. This was a strong commitment at that time when even the slightest act against the sacredness of religion came with demands of capital punishment. Though he was infuriated, instead of joining the unruly protests demanding banning and burning of the book, Sir Syed visited England in 1870 and consulted the references and books which Muir had quoted in his work. “Sir Syed minutely prepared the complete erudite rebuttal to Muir and published it in a book form Khutbaat-e-Ahmadiya. This has also been translated into English. It reflects that blasphemy for Sir Syed does not call for violent clashes but a dispassionate rebuttal,” said Shafey Kidwai, professor at AMU.

This was not a lone incident. In 1873, a Parsi in Mumbai (then Bombay) translated a book carrying offensive texts against the Prophet. There were a series of violent clashes between Muslims and Parsis. Sir Syed again wrote an editorial in his newspaper ‘The Aligarh Institute Gazette’. He categorically maintained that if the publication of any material offends any community, it could either write back or seek constitutional remedy by approaching the government.

Sir Syed never approved the uproar over such an issue. In 1884, he approached the Registrar of Allahabad University when Muslims objected to some pages in the book History of Establishment of British Rule in India. His request was immediately agreed and the book was replaced.

The approach of Sir Syed was rational and is even valid in modern times.

Another issue that rocked India in the nineteenth century was conversion. After 1857, missionaries were quite zealously into conversion. Sir Syed again took his pen and wrote in The Aligarh Institute Gazette and Tahzibul Akhlaq. He complained about the conversion mentioning that it leads to an acrimonious clash between two communities. People should accept religion through free choice, not by compulsion.

Jihad is still a debatable topic. He made it clear that mindless violence and barbarity are in no way connected with the term Jihad. He wrote in The Loyal Mohammedans of India, Part II published from Meerut, 1860 - “Be it known that the object of a Jihad (sic) is not to practice treachery and cruelty, and no sane man can, with the most distant approach to truth, apply that term to an insurrection characterised by violence, crime, and bloodshed”.

Sir Syed wrote a series of articles citing extensively from Prophet’s companion and other religious texts regarding Jihad and establishing that Islam stood for pluralism and tolerance. To quote - “It is by no means a sine qua non that he (ruler) should be a believer in the Prophet and this, of course, implies that Mohammedans are enjoined to obey faithfully the ruler under who dominion they may happen to dwell, be his creed what it may.” (Review on Dr. Hunter’s Indian Musalmaanan, 1872 by Sir Syed).

Reservation was another topic on which he wrote extensively. In 1877, Muslims made a demand for reservation in government jobs. A representation of the Muslim organisation of Punjab, ‘Anjuman-e-Islamia Punjab’ submitted a memorandum of 50% reservation for Muslims in government jobs. Though it was rejected, it set the ball rolling. However, Sir Syed maintained that the government was not allowed to provide jobs on the basis of religion rather on merit. He wrote an editorial in The Aligarh Institute Gazette in 1877 and did not favour the organisation’s demand. In 1886 when Sir Syed was about to join the Legislative Council, the Muslims of Bengal and Nawakhali sought his support for reservation. He again wrote in his newspaper—We cannot support it as it is hardly invested with an iota of success.

Sir Syed advocated Hindu-Muslim affinity and even appealed to Muslims for abandoning cow sacrifice as it hurts the religious feeling of the majority community. Sir Syed appreciated the gesture of Muslims in 1887 when they voluntarily gave up cow sacrifice and in 1897, he urged in his newspaper to abandon it.

Needless to say, Sir Syed’s straightforwardness, pragmatic and reasonable approach to these issues is quite apposite and empirical. His extensive writings on these subjects need to be explored, especially for the Muslim community, to come out of despondency.