On Tuesday, too, Chowdhury had courted controversy seeking an explanation from Home Minister Amit Shah over the Centre's position on Pakistan Occupied Kashmir (PoK) in the Lok Sabha. 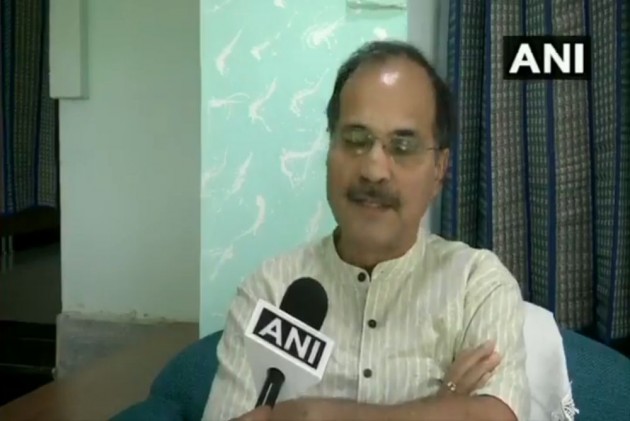 Congress leader in Lok Sabha Adhir Ranjan Chowdhury on Thursday said the situation in Jammu and Kashmir was similar to that of concentration camps, adding that Prime Minister Narendra Modi was not living up to his word of "embracing Kashmiris".

Chowdhury said the prime minister had announced from the ramparts of the Red Fort that "we will take Kashmiris forward not with bullets but by embracing them".

"But today, the situation in Kashmir is similar to that of a concentration camp. There is no mobile or internet connection. Amarnath pilgrimage was curtailed despite heavy security presence. What is happening there?" he told ANI.

#WATCH Adhir Ranjan Chowdhary, Congress leader in Lok Sabha: PM had announced from Red Fort that we'll take Kashmiris forward not with bullets but by embracing them, but today, the situation in Kashmir is similar to that of a concentration camp. pic.twitter.com/jzGnZ6sSWy

He said the Centre was creating an environment in the Valley which gives people a chance to raise questions.

Article 370, which granted special status to Jammu and Kashmir, was abolished by the Centre after Home Minister Amit Shah moved the resolution to revoke it.

On Tuesday, Chowdhury courted controversy when he sought an explanation from Home Minister Amit Shah over the Centre's position on Pakistan Occupied Kashmir (PoK) in the Lok Sabha.

Referring to a 1994 resolution by the House, Chowdhury said the entire Jammu and Kashmir was an integral part of India.

He added the government had thrown rules and regulations out of the window by proposing to create two Union territories out of Jammu and Kashmir.