According to the Delhi Fire Service, the fire was first noticed at 2.21 am in a four-storey building. Most of the injured were those who tried to jump off to safety. 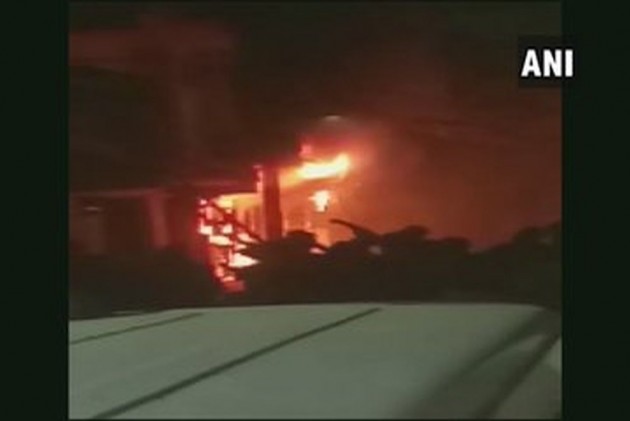 At least six people died and 11 others were injured in a massive blaze that broke out at a residential building in Delhi's Zakir Nagar area early on Tuesday.

According to the Delhi Fire Service, the fire was first noticed at 2.21 am in a four-storey building. Most of the injured were those who tried to jump off to safety.

The fire was finally brought under control at 5.30 a.m.

Around seven cars and eight motorcycles were also gutted in the fire.

Delhi Chief Minister Arvind Kejriwal said the cause of the deadly fire will be probed, and that he would be visiting the spot.

"Shocked to know about the loss of lives in Zakir Nagar fire. I am inspecting the incident spot & Del govt will provide all help to affected families. Cause of fire will be probed," Kejriwal posted on Twitter.

(With inputs from news agencies)