Skilling And Employment Of Women: A Priority For India’s Progress

In India, 3 out of 4 women don’t work, although literacy rates have steadily increased. Can skilling, life and learning support and guaranteeing jobs change that? 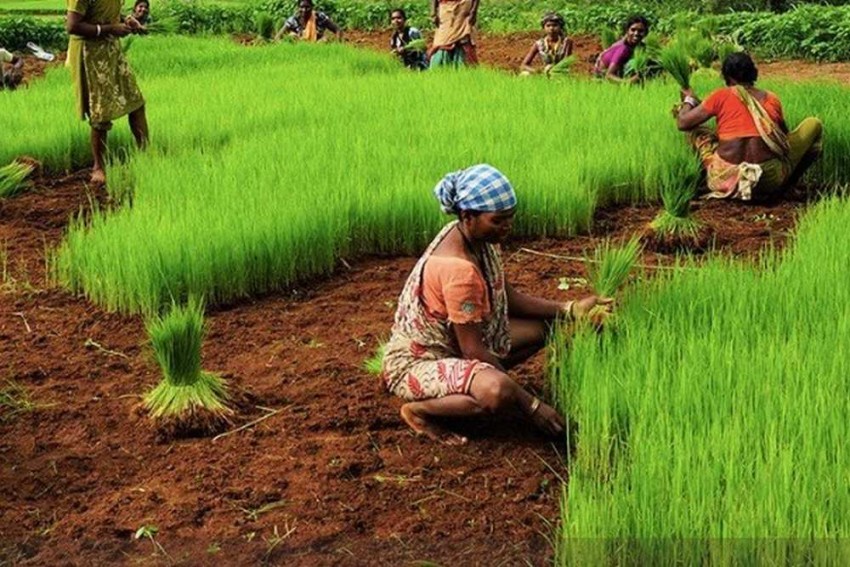 India’s demographic curve arches towards the young. In developed countries, the working population is decreasing due to ageing factors. However, India’s median age is merely 28 years. Viewed from an economic lens, a younger workforce translates to an advantage, energising fast-paced development and growth. But even as a section of India’s youth propels the country towards becoming a global power, many are left behind in the process. The participation of women in the country’s workforce has been woefully inadequate, and this needs to change for India to reap its demographic dividend. Capacitating our women is also the key to generational social transformation.

While 37.1 per cent of the youth are in the labour force, there is a large difference between the participation rate of men (57.1 per cent) and that of women (12.7 per cent). India’s jagged labour structure and gender disparity means that 3 out of every 4 women do not take part in any recognised economic activity. In such a scenario, when more than half of our youth do not participate in the formal labour force, it is difficult to realise India’s demographic advantage.

One solution to narrow the gender gap in India’s labour force is to focus on the country’s 253 million youth, of which 48.5 per cent are young women. Why is this a mandate? Because, women in the workforce not only means a more powerful economy, but also lasting social change and welfare. Gender equity and the consequent “opportunity to work” trickles down to eradicating injustice, disparities and deep-seated disadvantages of women in Indian homes. Here lies the root to a better future for all.

Empowerment of women is a critical part of a nation’s development and it is a balanced equation of her education, health, employability and decision-making power. Availability of agency and removal of constraints faced by women is imperative for sustainable and equitable development of both the community as well as the nation. India needs to adopt a gendered lens in education and skilling programs to overcome the challenges of an underrepresented section of youth in the workforce, as well as support women in securing and retaining jobs.

India’s case regarding women's labour participation is both complex and multi-layered. With the government’s increased focus on primary education policies, India has been quite successful in getting children into the realm of educational institutions. On one hand, according to the latest Annual Status of Education (ASER) Report, by the age of 14, most rural youth were enrolled in schools. On the other hand, an increasing number of women hold degrees, but still have no jobs. This suggests that there are other issues to be addressed  --- literacy does not translate into relevant skills for employment and there exist social, historical and cultural hindrances. Empowerment of women, which can to an extent be addressed by integrating life skills coaching into skilling programs, and interfacing with their families and communities to change backward mindsets - are critical aspects of helping women reach their potential.

One of the most common obstacles for women to enter employment is the stereotypical gender biases, which put women at a disadvantage compared to men. While an Indian woman spends 25 per cent of her time performing unpaid care and domestic work, a man only spends 2.5 per cent of his time on such activities. Such disparities change women’s priorities and keep them away from the formal workforce. Women unemployment rates increased to 65 per cent in 2018 from 46 per cent in 2005. Covid further exacerbated this situation, having a disproportionate impact on working women. The convergence of gender, poverty and marginalisation has played out during the pandemic, to render women, and specific categories amongst them, especially weakened.

It is prevalent for women to take up domestic unpaid labour and caring roles after finishing education and entering into marriage. The women who work earn far lesser than men in India when compared to other countries like South Africa, Brazil and Chile. It’s timely and urgent that India restructures its policies and incentives to give greater impetus to the female gender and brings equity in development and labour force, unlocking social and economic transformation.

21st-century skilling is the key

Studies suggest that by the next decade, 75 million women will join the workforce in India (Niti Aayog), with over 90 per cent of them employed in informal sectors. According to a recently released report by UN Women, the pandemic is likely to have pushed 96 million people into extreme poverty, out of which 47 million are women and girls. Much of the cultural and economic progress made by women in the previous decades has been reversed. This necessitates an urgency to enable women to expand their learning opportunities and chart better pathways for themselves, which could keep them off of exploitation, abuse and unequal pay at work.

Innovative thinking and social restructuring needs to be undertaken to make a shift by bringing young females to formal education and training programmes and, thereby, workforce. Raising women participation in the labour force can boost India’s GDP by 27 per cent (WEF). The use of technology, promotion of incubation space, funding opportunities and setting up of upskilling centers would nudge women to participate in the ongoing fourth industrial revolution. However, as data exposes, only 35 per cent of Indian women are active internet users. It should be taken into consideration that skilling programs today need to enable access and include digital training, aiming to become equalisers bridging the digital divide.

In addition to vocational training, foundational and 21st-century skills are crucial to empower women in building a strong base for employment. Programmes such as those by NSDC, Deen Dayal Upadhyaya Grameen Kaushalya Yojana (DDU-GKY), Sewa Bharat, "Beti Bachao, Beti Padhao” campaign and The/Nudge Centre for Skill Development and Entrepreneurship (CSDE) take such a holistic approach to skilling and employment. An extra effort to onboard young women onto such platforms has a huge payoff for the community. For example, 41 per cent of enrolments at The/Nudge CSDE are women.

Literacy alone is unlikely to translate into gainful employment, until and unless focused support is extended to the female labour. What we need is a bouquet of women-centric enablement initiatives comprising socio-economic support, relevant skills, guaranteed jobs and investments to lower barriers and carve out an accessible gateway for women to enter into various sectors of economy, actively contributing to India's progress. Empowerment of women requires strong efforts on multiple fronts for true financial and social inclusion.

(The author is senior director, The/Nudge Centre for Skill Development and Entrepreneurship. Views expressed are personal.)