‘Sky-High Ram Temple Will Be Built In Ayodhya In 4 Months’: Amit Shah

"For a hundred years, people across the world have demanded a temple at the site where Lord Ram was born. The Supreme Court's decision has now come and in four months a sky-high temple will be built in Ayodhya," Amit Shah said. 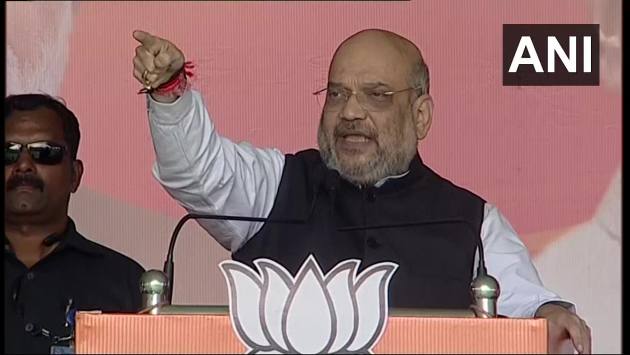 BJP president Amit Shah on Monday said a grand Ram temple would come up in Ayodhya within four months as per the wishes of Indians all over the world.

"For a hundred years, people across the world have demanded a temple at the site where Lord Ram was born. The Supreme Court's decision has now come and in four months a sky-high temple will be built in Ayodhya," Shah said.

The BJP president was addressing an election rally in Jharkhand's Pakur during the ongoing assembly elections in the state.

Shah also accused the Congress of trying to block the Ram temple by stalling the case in courts. The Congress, he said, could "neither keep the country safe, nor could it respect the emotions of its citizen".

In Ayodhya, Mahant Nritya Gopal Das, chief of the Ram Janmabhoomi Nyas, said, "There can be nothing joyful for us than this. We are happy that a time-frame has been set for the temple construction."

In its verdict on November 9, the Supreme Court handed the 2.77 acre land for a Ram temple and ordered that five acres of land at a prominent site be assigned for a mosque, thus bringing to an end the decades-old dispute.

The court gave the government three months' time to set up a trust for the temple construction.