Irani said, Rahul Gandhi has a special obsession with BJP. Had he been focussed on the country, nation would have come to know his vision for it. 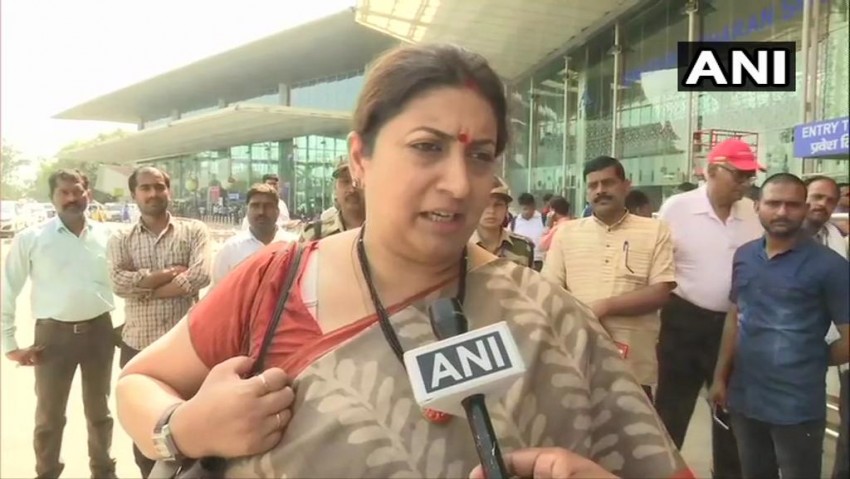 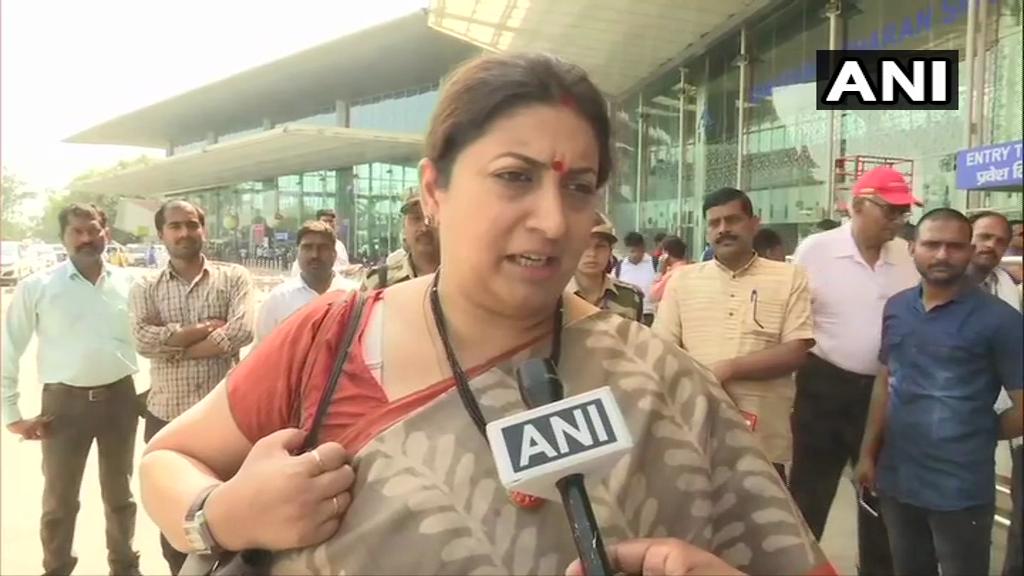 Reacting sharply to Rahul’s remarks, BJP leader Smriti Irani said that the Congress president is obsessed with BJP. “Rahul Gandhi has a special obsession with BJP. Had he been focused on the country, nation would have come to know his vision for it,” Irani told ANI.

"Despite having a vision, there’s a question mark on his efficiency as nations knows condition of Amethi. On one hand there’s an efficient government which has taken resolution to build a New India, on the other there’s a man who stays restricted to making announcements," she added.

Earlier in the day, Congress president Rahul Gandhi had criticised BJP’s  manifesto, calling it ‘short sighted and arrogant’. Referring it (manifesto) as the ‘voice of an isolated man’, Gandhi claimed that BJP’s ‘Sankalp Patra was created in a closed room.

Taking to Twitter, the Congress president wrote: "The Congress manifesto was created through discussion. The voice of over a million Indian people it is wise and powerful."

"The BJP Manifesto was created in a closed room. The voice of an isolated man, it is short sighted and arrogant," he said.

The Congress manifesto was created through discussion. The voice of over a million Indian people it is wise and powerful.

The BJP Manifesto was created in a closed room. The voice of an isolated man, it is short sighted and arrogant.

With days to go for the first round of seven-phased Lok Sabha polls to begin on April 11, the ruling BJP on Monday released its manifesto promising a muscular approach to national security, huge investments in rural areas, increased spending on infrastructure, and a slew of welfare programmes.

Releasing the manifesto, Prime Minister Narendra Modi and party president Amit Shah along with senior union ministers also promised slew of welfare schemes for farmers and others, a Rs 100 lakh crore infrastructure investment and easing of the tax burden for the middle class in next five years.

"Nationalism is our inspiration, empowering the poor is our philosophy and good governance is our mantra", Modi said, asserting that a BJP government will lay a strong foundation for a developed India by 2047, when India completes 100 years of independence.

Announcing 75 milestones for India to achieve at its 75 years of freedom in 2022, the manifesto mentions a number of goals under heads of agriculture, youth and education, infrastructure, railways, health, economy, good governance, inclusive development, women empowerment and cultural heritage.

The 75 definitive, time-bound targets will allow people an "interim evaluation" of his government in 2022, Modi said, adding that the manifesto was a "multi-layered and multi-dimensional" document that addressed the expectations and aspirations of different sections of India's diverse society.

Bringing its pet theme of nationalism to the fore, the manifesto for polls starting from April 11 cited surgical strikes and air strikes targeting Pakistan-based terrorists to assert that "our security doctrine will be guided by our national security interest only".

"The nation is no longer helpless against the barbaric forces of terror. Any destructive ideology that destroys the atmosphere of peace and unity is and will be given a befitting reply. They are being paid back in their own coin, with compound interest," Modi said.

On the issue of combating infiltration, the manifesto said illegal migrants have caused huge change in cultural and linguistic identity of some areas and promised to implement National Register of Citizens, currently underway in Assam, in a phased manner in other parts of the country.

The manifesto has devoted three pages to a host of promises to double farmers' income by 2022 and promised to bring all peasants under the Modi government's input cost transfer scheme, which gives Rs 6000 to those owning agriculture land up to two hectares.

The party will give pension to small and marginal farmers if it is voted to power, it said.

The 45-page manifesto with a theme "Sankalpit Bharat, Sashakt Bharat" (committed India, strong India), three days before the seven-phase Lok Sabha polls begin, also promised housing for all by 2022 and piped water, LPG connection, toilet and piped water to every household by 2024.

Under foreign policy, the BJP has asserted that the rise of India is the new reality and it will play a major role in shaping global agenda in the 21st century.

The government will work to combat terrorism through global forums and get permanent membership of the UN Security Council, the manifesto said.

While India was branded as "fragile five" in 2014, the Modi government has turned it into a bright spot that is not only the fastest growing major economy of the world but also enjoys macroeconomic stability, it said, adding that the BJP aspires to make India the third largest economy of the world by 2030.

Promising to encourage a spirit of entrepreneurship among the youth, the BJP manifesto said its government launch a new scheme to provide collateral-free credit up to 50 lakh for entrepreneurs.

Finance Minister Arun Jaitley said at its release that the document was drafted by neither "tukde tukde gang", a term used by the BJP to refer to radical left and Islamist elements allegedly involved in anti-national activities, nor "Ivy League" group.

The manifesto is rooted in Indian reality, he said, referring to the BJP's claim that it had received suggestions from over six crore people to draft its manifesto.

Asserting that his party promises a transparent, strong and decisive government , Shah urged voters to bring it back to power, saying performance of the Modi government, which will be written in "golden letters", has ignited people's aspirations and it will meet them if voted to power.

Modi also said his government has been working to make development a mass movement in the same way as Mahtama Gandhi made the freedom struggle.