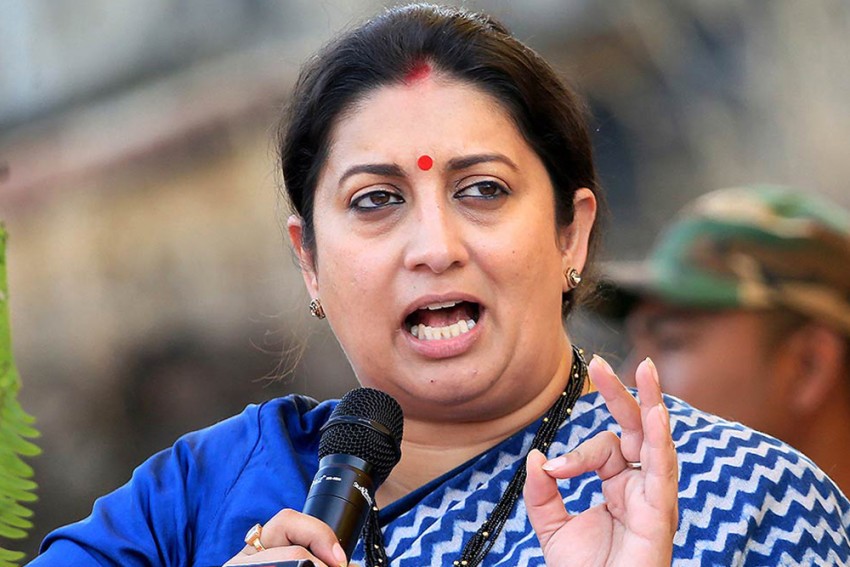 Union minister Smriti Irani on Sunday hit out at the Congress over the issues of farmers' welfare and cow protection.

Irani's attack on the Congress came days after the Opposition party had decided to take out 'Gai Bachao, Kisan Bachao (save cow, save farmers)' marches in different districts of Bundelkhand region to highlight alleged mismanagement in 'gaushalas' (cow shelters).

"Those who had themselves grabbed land of farmers and have still not vacated, those who through their office-bearers had killed cows in a gruesome manner in Kerala and publicised it, do you think the people of Uttar Pradesh are confused and will forgive these people," Irani told reporters in Rae Bareli .

She said the people of UP know how much work her Bharatiya Janata Party (BJP) has done on the protection of cows.

"The people of UP also know how Congress office-bearers in Kerala had organised a festival of killing cows. I am saying with full responsibility that after killing cows, these people got encouragement from the Congress high command. The people very well know the truth of the Congress party," she said in an apparent reference to the Congress's youth wing workers slaughtering a cow and serving its meat to people in Kerala to protest against the Centre's ban on purchase of cattle from animal markets for slaughter.

The minister, who represents Amethi in Lok Sabha, on Sunday heard the 'Mann ki Baat' radio address of Prime Minister Narendra Modi at Hajipur village. She also interacted with women, listened to their grievances, and assured them of addressing their problems.