The snowfall started late in the evening on Sunday following icy winds sweeping the hills and causing a considerable drop in the temperature during the day itself. 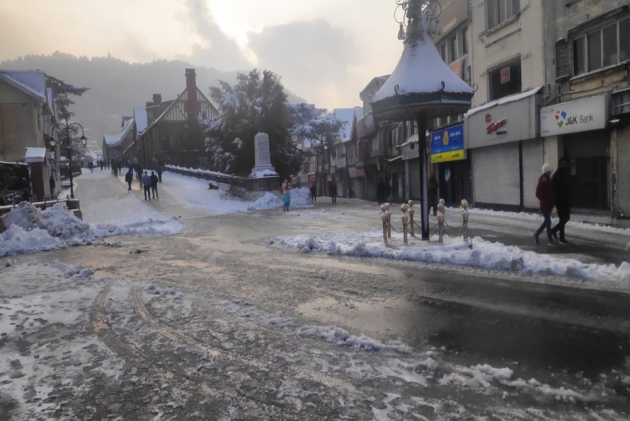 Cheer and exuberance marked Shimla’s first snowfall of this season on Monday morning, as the fabled 'Queen of Hills' -- known for its winter charm -- had its streets heaving with tourists ahead of the New Year celebrations.

The snowfall started late in the evening on Sunday following icy winds sweeping the hills and causing a considerable drop in the temperature during the day itself.

The tourists who lodged in hotels and resorts in and around Shimla were not able to resist themselves to step out of their cosy rooms to celebrate the snowfall.

Even though the night curfew restrictions came into force at 10 pm, the tourists did venture out to the Mall road and the Ridge to experience the snowfall playfully. 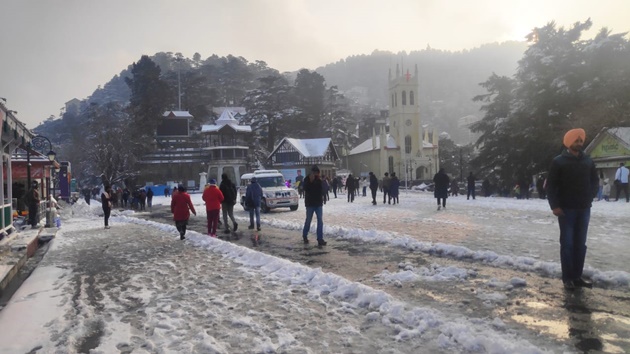 As the town woke up to a good snowfall, social media, TV channels and news web-portals flashed the pictures of the houses, vehicles and tree line of Shimla’s Jakhu hills covered under the white blanket.

Superintendent of Police Shimla Mohit Chawla said, “All roads in upper Shimla are blocked due to snowfall and roads in Shimla town are slippery. Kufri received four inches of snow while Kharapather was under 6 inches of snow."

In Kullu, Gaurav Singh, SP said, “Due to snowfall in Solang Valley, Rohtang Tunnel area and Jalori Pass, the roads are blocked. The vehicle can’t ply on all these roads."

The local MeT office has predicted rains and snow in the mid and higher hills on Monday. 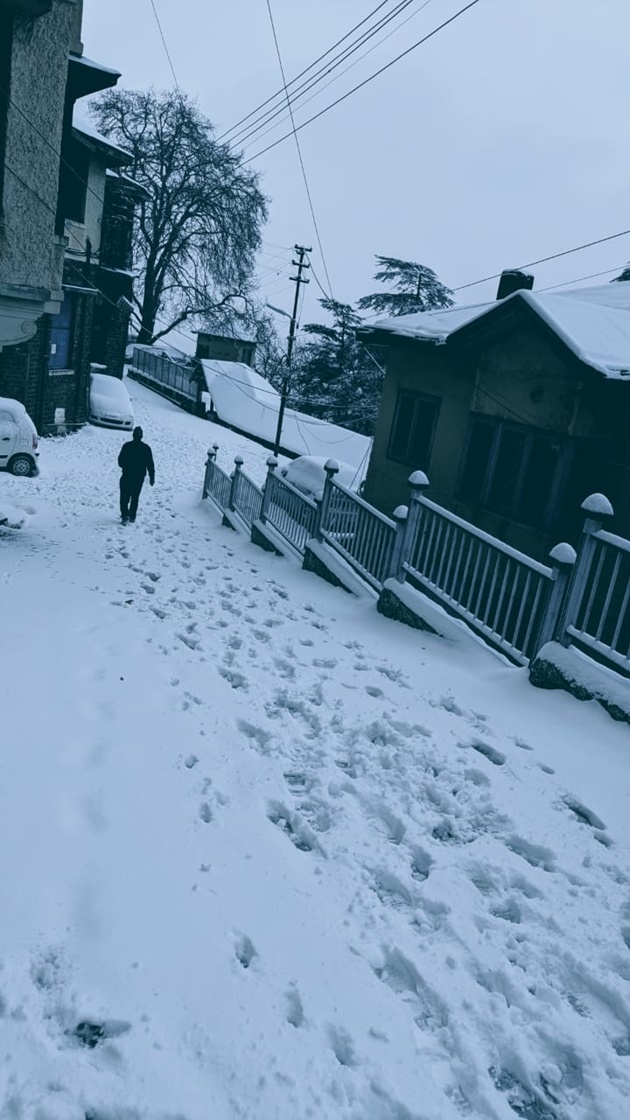 “There are chances of occurrence of thick ground frost and intense cold wave in Himachal Pradesh. Earlier strong velocity icy winds lashed the region on Sunday and the sky was partially overcast causing a drop in mercury,” said MeT officials.