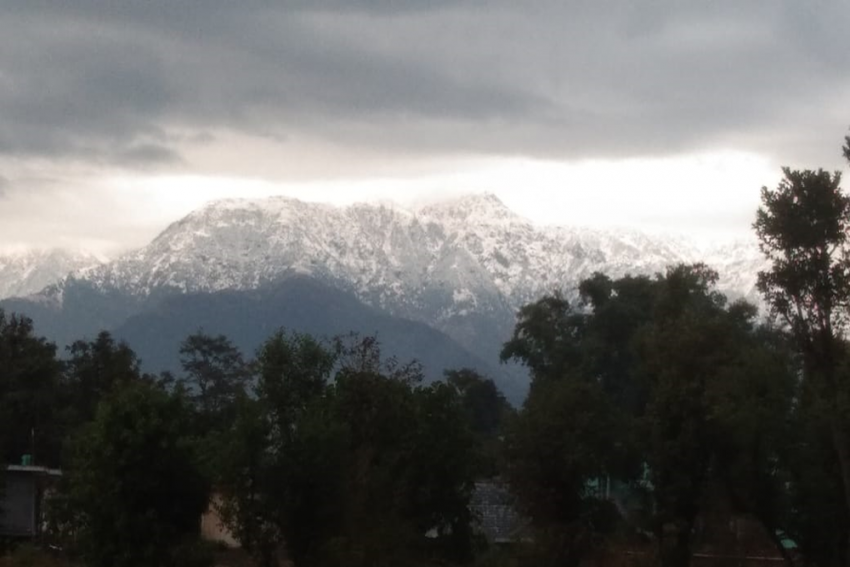 Snowfall was recorded at a few high-altitude areas of Himachal Pradesh and Jammu and Kashmir and the mercury dipped in many places in north India, including Haryana, Punjab and Delhi on Tuesday, even as the IMD forecast a gradual fall in temperature by two to four degrees Celsius this week.

Manali shivered at minus 1.5 degrees Celsius, a day after heavy snowfall in the upper reaches of Himachal Pradesh, while Keylong was the coldest place in the state at minus 6.6 degrees Celsius.

The sky will remain mostly clear on Wednesday with a slight mist in the morning and the minimum temperature is likely to drop by two degrees Celsius, it said.

In its snowfall observation, the IMD said that "snow/rain at a few places over Jammu and Kashmir, Ladakh, and Himachal Pradesh".

"Minimum temperatures are very likely to fall gradually by two to four degrees Celsius over northwest India and north Madhya Pradesh during the next four to five days," it said.

Haryana and Punjab, a day after being lashed by rains, saw maximum temperatures hover below the normal.

Chandigarh, the common capital of the two states, recorded a high of 25.9 degrees Celsius, one notch below the normal, according to the meteorological (MeT) department.

Karnal registered a high of 24.5 degrees Celsius, down three notches against the normal.

The MeT department said the weather is likely to be dry in Haryana and Punjab for the next four days.

Snowfall was recorded in the upper reaches of the state, the MeT Centre said.

Mount Abu was the coldest place in Rajasthan with a minimum temperature of four degrees Celsius.

The night temperature is likely to fall in the state during the next two-three days.

For the southern part of the country, the IMD has predicted fairly widespread to widespread rainfall accompanied with thunderstorm and lightning, and isolated heavy rainfall over Kerala, Lakshadweep, Tamil Nadu, among other states.

"Under the influence of a fresh Western Disturbance, light isolated to scattered rain/snow is very likely over Western Himalayan region from 18 to 20 November," the meteorological department has forecast.