The snowfall has started in Valley’s higher reach areas, including at famous ski resort Gulmarg. 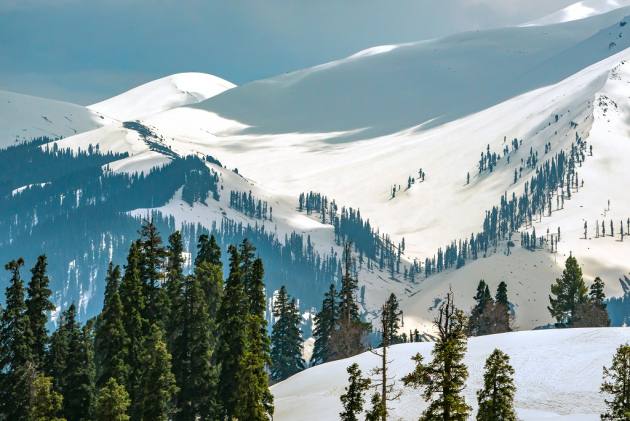 The higher reaches of Kashmir received fresh snowfall on Friday.

The local MeT officials said the valley’s plains were lashed with light rains.

From early morning snowfall started in many areas in the higher reaches of Kashmir, the officials said.

They said the fresh snowfall was witnessed in Machil and Tangdhar areas of Kupwara, Gurez in Bandipora district, the famous ski-resort of Gulmarg in Baramulla, Sonamarg in Ganderbal, and some other high altitude areas.

Due to the snowfall, the Bandipora-Gurez Road has been closed temporarily for traffic, the officials said.

Some areas in the plains of the valley received light rainfall.

The MeT Department has forecast light rains or snowfall at isolated to scattered places in the valley on Friday.

The weather is likely to stay mainly dry for a few days from Saturday. (With PTI inputs)