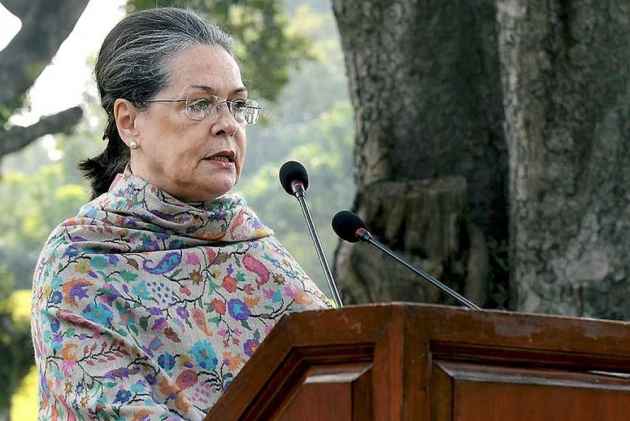 Congress president Sonia Gandhi on Thursday told her party colleagues that being active on social media is not enough and the party needs a concrete plan to reach out directly to the people.

Sonia Gandhi, who does not have a Twitter account to date, was speaking at a meeting of All India Congress Committee (AICC) leaders at the party headquarters here.

"It is not enough to be active and aggressive on social media. Even though that too is needed, we need to do that better. Far more important is to go to the people directly," she said.

Speaking at the meeting, Sonia Gandhi said the country is looking to the Congress to confront and combat the forces that appropriate Mahatma Gandhi, Sardar Patel, Dr B R Ambedkar and misrepresent their true messages for their nefarious ends.

"We must stand up fearlessly to fight on the streets, fight in villages, towns and cities. We must have a concrete agitational agenda on issues of pressing concern to the people, whether they be economic or social," she said.

"We are soon going to have elections in three states. The situation is challenging and it is only if we keep party interests and nothing else other than party interests uppermost in our minds, that we will regain our lost position," she added.

Sonia Gandhi, who took over as party chief months after the Congress faced a drubbing in the Lok Sabha polls, said states ruled by the party should emerge as model states.

These states must stand out as examples of sensitive and responsive governance, accountable and transparent administration, she said.

"We must be seen to be fulfilling our manifesto commitments. If not, we will lose people's support with obvious consequences," she added.