One Soldier Killed, Three Injured In Firing Along Line Of Control

The incident occurred in Rajouri’s Nowshera sector on Saturday. 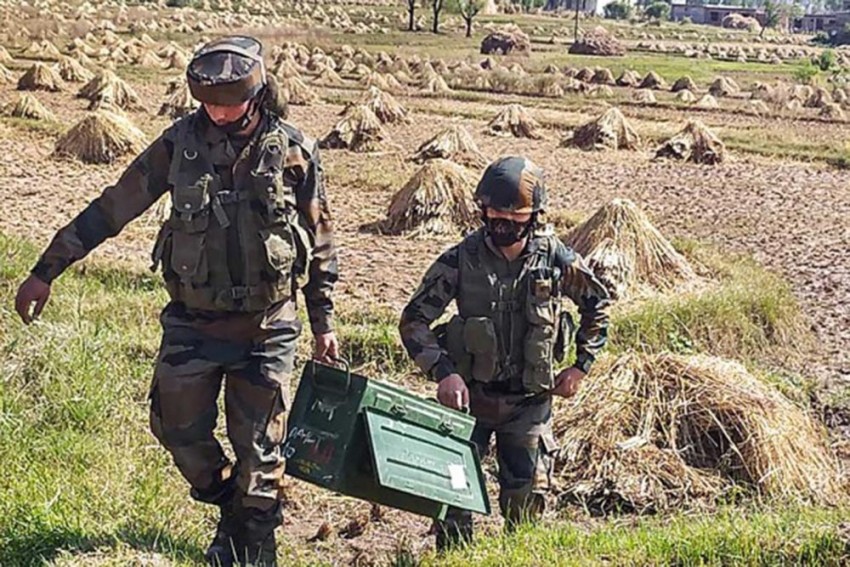 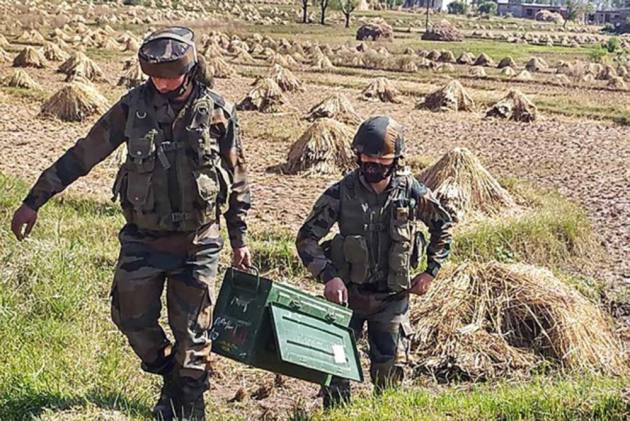 A havaldar in the Indian Army was killed and three others, including two women, were injured on Saturday as Pakistani troops resorted to unprovoked firing on forward posts and villages in different sectors along the Line of Control (LoC) and the International Border (IB) in Jammu and Kashmir, officials said.

The casualties came barely a week after multiple ceasefire violations by Pakistani troops along the LoC in north Kashmir left 11 people, including five security personnel, dead on November 13.

Havaldar Patil Sangram Shivaji, who was manning a forward post, was critically injured in the Pakistani firing in the Lam area of Rajouri district's Nowshera sector around 1 am, the officials said, adding he later succumbed to injuries.

Another soldier also sustained injuries and is currently undergoing treatment at a military hospital, they said.

The officials said the Indian Army retaliated effectively to silence the Pakistani guns, and the cross-border firing between the two sides continued for quite some time.

Taking to Twitter, the general officer commanding (GOC) of the Jammu-based White Knight Corps and all other ranks saluted the soldier and offered their condolences to his family.

In a statement, a defence spokesman said Havaldar Shivaji, a resident of Nigave village of Kolhapur in Maharashtra, was a brave, highly motivated and sincere soldier.

"The nation will always remain indebted to him for his supreme sacrifice and devotion to duty," he said.

In another ceasefire violation this evening, the officials said two women - Sakina Bi (40) and Mansha bi (18) - were injured in firing and mortar shelling along the LoC in Bhagal Dara village of Digwar sector in Poonch district.

Both the injured were evacuated to hospital amid shelling which started around 5.50 pm, the officials said, adding there were also firing in Malti and Dallan sectors in Poonch district.

The cross-border firing was going on when last reports were received, he said. The officials said Pakistani Rangers also resorted to unprovoked firing along the IB in Hiranagar sector of Kathua district.

The firing on Satpal, Manyari, Ladwal and Karol Krishna border outpost areas started around 10 pm on Friday, prompting strong and effective retaliation by the Border Security Force, the officials said.

Cross-border skirmishes continued till 5.25 am on Saturday, and there was no report of any casualty or damage on the Indian side, they added.

Meanwhile, a rusted grenade was found by a police party during patrolling in the industrial area in Poonch district which was later defused by the experts of bomb disposal squad, the officials said.