'Some Elements' Reducing Parliamentary Panel On IT To 'Ping Pong Match': Shashi Tharoor

The panel that was set to question government officials on Wednesday on the Pegasus spyware issue was postponed due to lack of quorum. 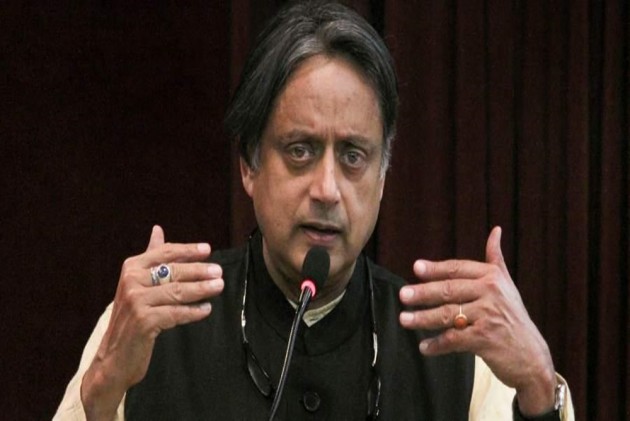 The war of words between the BJP and Congress Lok Sabha MP Shashi Tharoor escalated on Thursday with the latter terming the developments taking place in the Parliamentary Standing Committee on Information and Technology (IT) as a “ping pong match”.

Asked about reports of BJP MP Nishikant Dubey moving a "privilege motion" against him, Tharoor told reporters that it has no "validity" as no constituted procedure was followed in introducing the motion that requires the Speaker to get the leave of the House before it can be introduced.

"I am very disappointed that some elements on some issues have chosen to reduce this committee to some sort of a ping pong match which I don't believe is in the spirit of Parliament or parliamentary committee," he told mediapersons.

Hitting back, Dubey said the Congress MP is unaware of the rules and has gone into "frustration" as he is focussed more on becoming the leader of his party in Lok Sabha in place of Adhir Ranjan Chowdhury.

Official sources said Dubey has moved a "privilege notice" in the Speaker's office against Tharoor for allegedly misusing his power as the head of the Parliamentary Standing Committee on Information and Technology. It will be for Speaker Om Birla to decide the fate of the notice.

The panel that was set to question government officials on Wednesday on the Pegasus spyware issue was postponed due to lack of quorum.

BJP members of the panel who were present in the meeting room didn't sign the attendance register in protest leading to a lack of quorum required for holding the meeting.

Tharoor said he was very disappointed with the development.

Asked about divisions among the panel's members along political lines, the former union minister noted that when he was the chairman of the parliamentary committee on external affairs for five years where its members worked in an extremely amicable and cooperative spirit. That committee also had a strong BJP majority, he added.

He also expressed his ignorance about Trinamool Congress MP Mahua Moitra allegedly calling Dubey a "Bihari gunda" when the panel members had assembled for the meeting.

"How can I tell you about a meeting which never happened? I am completely unaware if somebody allegedly said something at a meeting that never took place to somebody who was not there. How am I to be concerned about it?"