'Son Of The Soil' Baichung Bhutia Gets 70 Votes In Gangtok, Loses Both Seats In Sikkim

In April 2018, Baichung Bhutia had announced that he was forming his own party, Humro Sikkim Party (HSP). 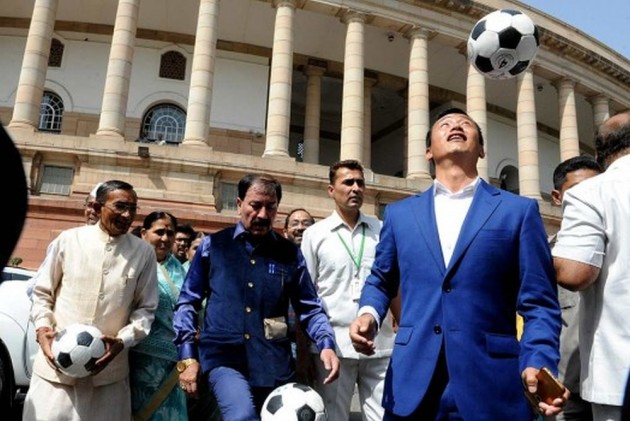 One of the most decorated football players to have represented India, Baichung Bhutia had once said that "both politics and football are tough. You don’t achieve anything easily in either of them."

In April 2018, Bhutia had announced that he was forming his own party, Humro Sikkim Party (HSP). Making the announcement, Bhutia didn't target anyone. He just said that the upcoming assembly elections in Sikkim would be fought between "black money and clean money".

On Thursday, something historic did occur in Sikkim, but Bhutia and his party had nothing to do with it. Pawan Chamling, the state chief minister for 5 terms, was finally defeated as the Opposition Sikkim Krantikari Morcha (SKM) won the popular mandate.

Bhutia, who contested from two constituencies, forfeited his deposit in Gangtok and things weren't too bright in Tumen-Lingi, either.

Astonishingly, the football star garnered a paltry 70 votes in Gangtok and his party failed to make any impact on the election results.

Bhutia had contested on a Trinamool Congress ticket twice -- 2014 Lok Sabha elections and 2016 assembly polls -- in the past but failed miserably.

He had quit the TMC, saying he always felt like an outsider in the party, but expected to be welcomed as "son of the soil" in Sikkim.