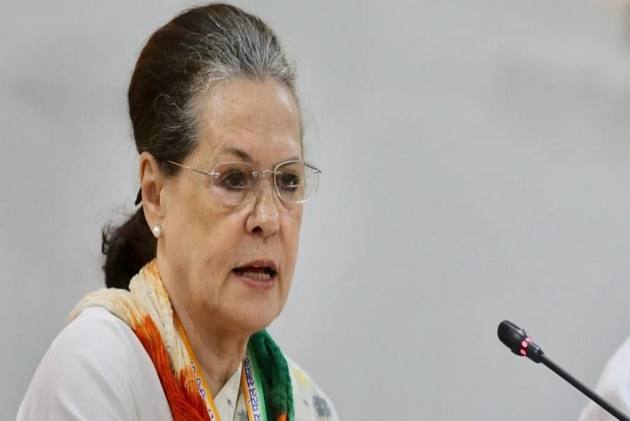 Interim Congress president Sonia Gandhi will, on August 20, chair a virtual meeting of chief ministers of ‘like-minded’ Opposition parties and Congress-ruled states. Bhupesh Baghel, Ashok Gehlot, and Amarinder Singh, chief ministers of Congress-ruled Chhattisgarh, Rajasthan, and Punjab respectively, and their counterparts in Tamil Nadu (M.K. Stalin), Jharkhand (Hemant Soren), and Maharashtra (Uddhav Thackeray), where the Congress is a junior alliance partner, will log in for the meeting. An invitation has also been sent to West Bengal chief minister Mamata Banerjee, who had attended the last such session that Gandhi had convened in August 2020.

Kerala’s Pinarayi Vijayan, Delhi’s Arvind Kejriwal, Odisha’s Naveen Patnaik, Telangana’s K. Chandrasekhar Rao, and Andhra’s Jagan Mohan Reddy are unlikely to be invited for the August 20 meeting. However, on the cards is also a lunch or dinner meeting to be hosted by Gandhi for chiefs and senior leaders of various Opposition parties, subject to their availability in Delhi, sometime later this month. This get-together, Congress sources insist, is likely to see a much larger turnout from the Opposition bloc and could have in attendance NCP chief Sharad Pawar, RJD’s Lalu Yadav and Tejashwi Yadav, SP’s Mulayam Singh Yadav and Akhilesh Yadav, NC’s Omar Abdullah, RLD’s Jayant Chaudhary, CPM’s Sitaram Yechury and others.

Gandhi’s outreach comes amid a concerted effort by the Congress and other Opposition parties to fight the BJP unitedly. The monsoon session of Parliament that ended two days ahead of schedule, on Wednesday, had witnessed a sustained and united Opposition broadside against the Narendra Modi-led government. Through the session, MPs from over a dozen Opposition parties regularly met in the Parliament office of Mallikarjun Kharge, Congress veteran, and Rajya Sabha’s leader of Opposition to discuss a united floor strategy for the day’s proceedings. Former Congress president Rahul Gandhi, who had been present in all such meetings held in Kharge’s office, also hosted a breakfast meeting for over 100 MPs from various Opposition parties during the monsoon session, where the leaders reaffirmed the need to unitedly corner the BJP. On Thursday too, Rahul took the lead in the Opposition’s display of unity against the government as he marched with leaders of like-minded parties in protest against the government’s alleged attempt at silencing political dissent during the Parliament’s monsoon session.

Yet, the loud and visible display of bonhomie among Opposition outfits for nearly three consecutive weeks notwithstanding, chinks in their newly-stitched unity were laid bare earlier this week at a dinner hosted by Congress leader and Rajya Sabha MP Kapil Sibal. A senior Supreme Court advocate who shares an excellent personal rapport with politicians cutting across party lines – many of whom he has represented in court, Sibal succeeded in getting some of the biggest names from among the Opposition parties to break bread with him at the dinner ostensibly organized to mark his 73rd birthday. In attendance at Sibal’s gala were Sharad Pawar, Lalu Yadav, Akhilesh Yadav, Omar Abdullah, Sitaram Yechury, Jayant Chaudhary, Naresh Gujral, Pinaki Misra, TKS Elangovan, Sanjay Raut, Sanjay Singh, and Derek O’ Brien, among several others.

Predictably, political commentaries over the importance of and takeaways from Sibal’s guest list and what transpired at the dinner hovered around a few key points – the absence of the Gandhis, the presence of not just chiefs of major Opposition parties like the NCP, RJD, NC, and SP but also leaders of those non-NDA outfits whose parties have, so far, maintained a safe distance from Rahul Gandhi’s calls for Opposition unity, and, most importantly, Akali Dal leader Naresh Gujral’s declaration that the 2024 Lok Sabha polls can be fought by a united Opposition minus the Gandhi family. Sibal himself has been a bitter critic of the morass within his party for over a year now. Many of his 23 co-signatories (Ghulam Nabi Azad, Manish Tewari, Shashi Tharoor, and Prithviraj Chavan, among them) to the controversial letter sent to Sonia Gandhi last August demanding a full-time party president and sweeping changes in the Congress organisation were also present at the dinner, as was P. Chidambaram, the Gandhi-family loyalist who has intermittently joined cause with the Congress’s reform seeking brigade or ‘G-23’.

When Gujral floated the idea of a united Opposition front sans the Gandhi family and claimed that the Congress can only revive if it freed itself from the ‘clutches of the (Gandhi) family’, none of the Congress leaders present nor Lalu Yadav, Sonia’s staunchest non-Congress supporter for over two decades, raised a voice of protest. The presence of Opposition biggies like Pawar, who were not seen when Rahul hosted his breakfast meet for MPs of 15 non-NDA parties, as well as leaders of those Opposition parties, which have consistently maintained a distance from the Congress and often bailed the BJP out of difficult situations in the Rajya Sabha, gave Sibal’s dinner an aura of Machiavellian political machinations.

If Sibal aimed to rattle the Gandhis and shake them into action, he seems to have achieved this to some extent. That Sonia, who has largely remained absent from Lok Sabha proceedings during the past year, turned up in Parliament the day after Sibal’s dinner and began reaching out to leaders of various like-minded parties shortly thereafter indicates, that she is in no mood to let detractors within her party – or ambitious chiefs of other ‘friendly’ parties – chip away at the already dented centrality that her family and the Congress enjoyed in India’s non-right political space.

For Sonia, who despite her party’s vastly diminished stature in Indian polity continues to hold a pole position within the Opposition space, the challenge, her party colleagues anonymously concede, is not to ensure that her invite to Opposition chieftains for virtual deliberations or actual get-togethers is honoured. Congress sources insist that no major Opposition figure ever turns down a personal invite from Sonia and several of them, indeed, continue to hold her in high regard – a sign of which was Mamata Banerjee’s recent meeting with her.

The real challenge, say Congress members, is for Sonia to have her veteran colleagues in the broader Opposition accept Rahul as the face of a united Opposition. Sonia’s hopes of getting Opposition leaders to attend her lunch/dinner meet, whenever it is organized, may yet be realistic but to have them, and several of her party colleagues, also accept the former Congress president as the future face of an unwieldy federal front will be a work-in-progress. What’s certain, though, is that Opposition leaders are in for several more feasts shortly – the venue, whether at Sonia’s, Rahul's, or Sibal’s, does not matter.