Assam chief minister Sarbananda Sonowal and health minister Himanta Biswa Sarma have been summoned to Delhi by the BJP leadership for a meeting with the party president J P Nadda. 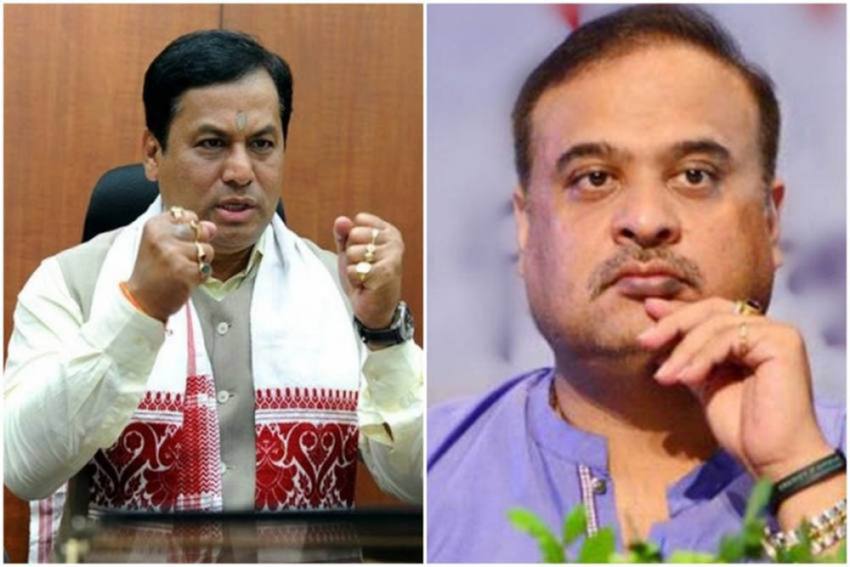 Assam chief minister Sarbananda Sonowal and health minister Himanta Biswa Sarma have been summoned to Delhi by the BJP leadership for a meeting with the party president J P Nadda who is likely to discuss on the issue of the next chief minister for the state and take a decision by the end of the day.

Neither the BJP-led NDA nor the Congress-led opposition ‘mahajot’ or the grand alliance had named their chief ministerial candidate ahead of the polls.

However, the duo’s visit to Delhi drew a sharp reaction from the Congress, which questioned the summons at a time when the state is grappling with the rising number of Covid cases over the past few days.

In a statement, Congress spokesperson Bobbeeta Sharma said that calling the chief minister and the health minister to Delhi in these trying times “shows complete disregard to the exigencies that are present in Assam. How can both be called away at this time? Actions communicate a strong message and presently the BJP 's actions expose their total disregard to the wellbeing of the people of Assam. They should not have been called to Delhi at this critical hour. They should not have gone at this critical time.”

The BJP, however, finds no merit in such criticism.

“You expect Himanta Biswa Sarma to be doing everything? There are doctors and other medical staff who are working round-the-clock. Such a question should not be raised at all,” BJP spokesperson Rupam Goswami told the Outlook.

Sarma though has been all over the place ever since the poll results were declared— from visiting crematoriums to take stock as bodies keep piling up, to holding discussions with hospital and district administration, airline officials, his hands have been full in the last few days.

Another BJP leader, on condition of anonymity, explained the party is at tenterhooks over the choice of the next chief minister because any wrong step by the central leadership in this exercise could have an adverse fallout on the party. “To face such questions now only aggravates our predicament,” he said. “Moreover, both the chief minister and the health minister would anyway have got tied up had our leaders from Delhi had come here, instead,” he said.

“The fact that BJP has not been able to declare a name for the chief minister’s post even after getting a mandate from the people of Assam speaks volumes about their internal squabble on the matter that all is not well in the BJP. It also exposes their lackadaisical attitude towards the people of Assam who are in the midst of a spiralling Covid pandemic that needs clear direction from a leader who can lead from the front. The fate of Assam is hanging although we did not have a hung mandate. What the future may hold is also a big question. Are we going to have a stable government if declaring a CM is taking such a long time?” the Congress statement said.

The delay in starting the process for selection of the chief minister was initially attributed to Nadda’s preoccupation with West Bengal post-poll violence. Nadda, who heads the party’s parliamentary board that also consists of the prime minister and home minister among others, will have the final say on the matter.

The choice between Sarma and Sonowal is tough for the leadership to make because both in their own right have served the party well.

Sonowal had led the party to victory in 2016 as well and has had a clean image all through and the government under him had performed seamlessly and credited with a lot of developmental work. He had even earned the praise of the prime minister as union minister between 2014 and 2016.

Sarma, on the other hand, has emerged a very influential politician and continues to have his admirers in other parties as well, particularly the Congress which he left in 2015 to join the BJP. Besides having played midwife to the North-East Democratic Alliance, a BJP-led conglomerate of the regional parties in the Northeast, he also holds sway over them. The BJP can choose to ignore his role in the party’s expanding footprint in the region probably at its own peril.

MLAs have met both Sarma and Sonowal separately since the results while the duo has not been seen together to acknowledge the victory.

The next few hours could be crucial in shaping Assam’s immediate political landscape.