Uttarakhand, in March, became the country's first state to produce sex-sorted semen, which can enhance the possibility of birth of female calves to 90%. 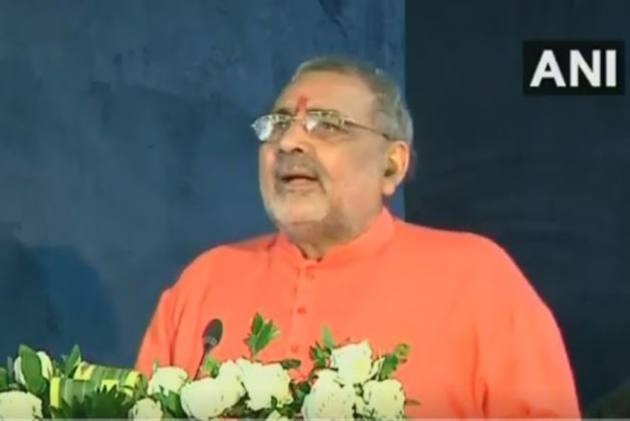 Union Minister for Animal Husbandry Giriraj Singh on Saturday said the government plans to introduce "sex-sorted semen" technology to ensure that more female calves are born, so as to increase farmers' income.

The minister was speaking at a product launch event organised by Mother Dairy here.

"In the coming days, through insemination, the calves that will be born would only be female ones, through (doses of) sex-sorted semen," he said.

Commenting on the proposed rise in cow numbers due to this technology, the minister said that it will be as if cows are being produced in a "factory".

"We will build a cow factory," he said.

The Union minister also said that the cows which cease to give milk will be made more productive through "IV embryo advanced technology". The minister said that such a technology will economically benefit the farmers.

"We will use IVF Technology so that the cows which have stopped giving milk, will start producing 20 litres of it. We will bring a revolution, he said."

Uttarakhand, in March, became the country's first state to produce sex-sorted semen, which can enhance the possibility of birth of female calves to ninety per cent.

He also appreciated his cabinet colleague Nitin Gadkari's idea of introducing `santra (orange) mawa barfi' which Mother Dairy will be selling through its outlets.