The actor who represented the ‘urban, intellectual Bengali’ has been one of the biggest stars of India’s parallel cinema 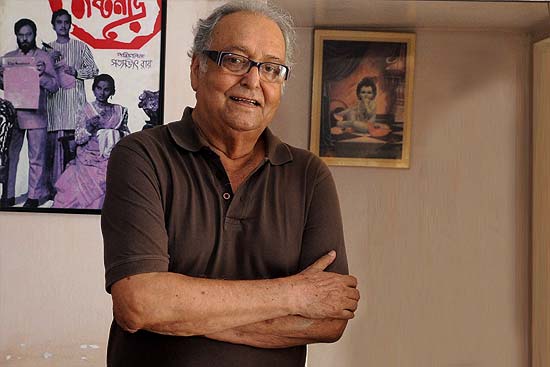 Cinema and theatre legend Soumitra Chatterjee died in a city hospital today after suffering from Covid-19 infection since October 6. Known as one of the finest actors of post-Independence Indian cinema, Chatterjee was 85.

He is survived by his wife, Deepa, son, Sougata, and daughter Poulami Bose.

Chatterjee is more known in the film world as the Oscar-winning director Satyajit Ray’s favourite hero. To Ray, Chatterjee was what perhaps Toshiro Mifune was to the Japanese maestro Akira Kurosawa. In all, Chatterjee acted in 14 of Ray’s 34 films, besides two documentaries, and in over 300 films in his six-decades-long career since debuting in Satyajit Ray’s Apur Sansar (1959).

'End Of An Era': How India Is Mourning Iconic Actor Soumitra Chatterjee's Demise 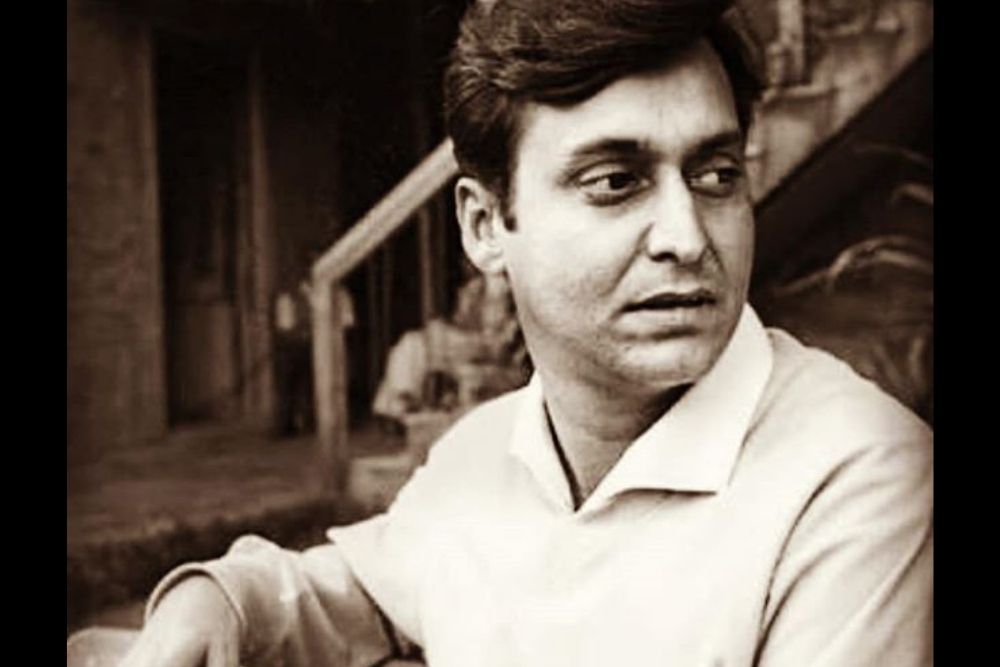 Chatterjee was honoured with the Dadasaheb Phalke, India’s highest award in cinema, in 2012, Padmabhushan (2004) and the Sangeet Natak Akademy Award (1999). In 1999, Chatterjee became the first Indian actor to receive the French distinction Commander of the Order of Arts and Letters. He received the highest French civilian honour, Legion of Honour, in 2018.

However, he had declined Padmashree in 1970 arguing that the government did nothing for cinema. In 2001, when Goutam Ghose’s Dekha won national awards for Ghose and Chatterjee (in the role of a blind poet), both of them declined the award citing “lobbyism associated with the award system”.

His popularity in mainstream films was such that for years, the Bengali film lovers remained polarised on the Uttam Kumar-Soumitra Chatterjee comparison, just like the Bengalis were divided on the arch-rival football clubs, East Bengal and Mohun Bagan. His was the story of a character actor becoming a star. 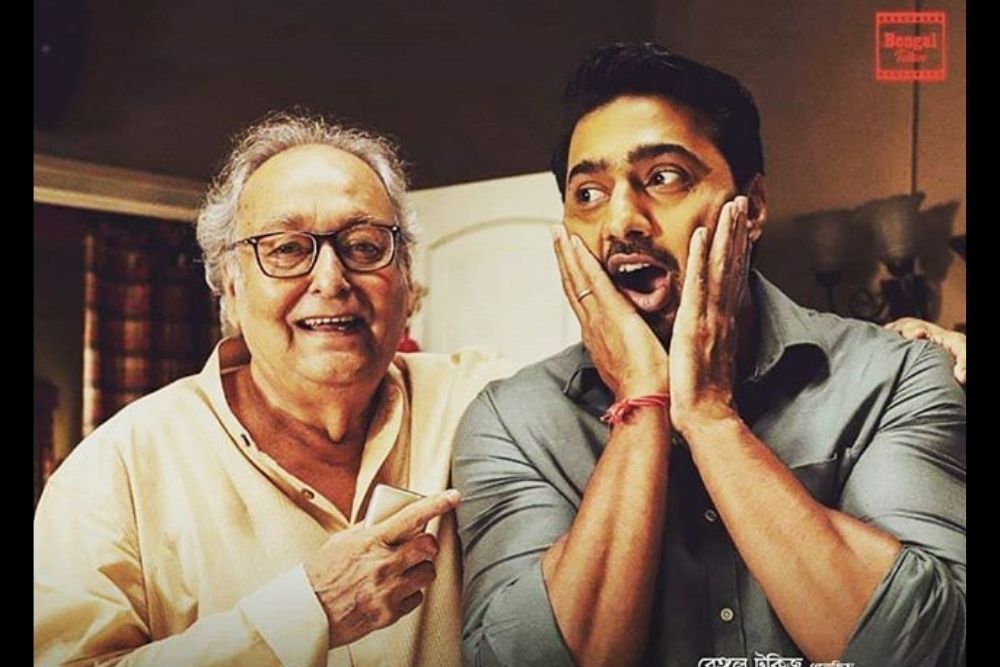 Recently, despite his advanced age, Chatterjee had been active and taken part in the shooting for two films, including his own biopic, after film production resumed with the relaxation of lockdown norms in July. He also took part in a docu-feature on his life currently under production.

The 1935-born actor was literally a polymath. He has been a poet, playwright, translator, elocutionist, theatre director and editor of a reputed literary magazine, Ekshan. He has a collection of his plays published in three volumes. His first poetry collection, Jolopropater Dharey Danrabo Boley (Because I’ll stand by the waterfalls) was published in 1975 and he has over a dozen poetry titles published since then, including an anthology.

A rationalist in his personal life, Chatterjee did not believe in a life after death. He held Left-leaning political views. He was well-versed in world literature.

A dashing, good-looking actor with impeccable pronunciations, Chatterjee’s thinking persona perhaps had a great influence on the characters he played in movies. Critics noted that his low-pitch, naturalistic acting and expression of finer sensibilities reflected a kind of urban intelligence that became a trademark of Chatterjee’s, whether in the genre of parallel cinema or in the role of a matinee idol.

Critics often described him as one of the last representative figures of Bengal’s nineteenth century Renaissance-influence enlightenment.

“Chatterjee represents the enlightened Bengali middle class. Even if his character in the film is coming from a background of poverty, he carries poetry with him. Urban sophistication comes as part and parcel of Soumitra Chatterjee,” said film scholar Sanjay Mukhopadhyay, while pointing out that Chatterjee’s characters even in commercially hit films such as Prothom Kodom Phool, Basanta Bilap, Sat Pak-e Bandha and Tin Bhubaner Parey had the element or urban sophistication.

Mukhopadhyay said that Chatterjee excelled whenever cast in the role of urban and educated characters but has not been as successful in portraying characters from rural backgrounds, with a few exceptions like the character of Gangacharan in Ashani Shanket, a 1973 film by Ray.

Chatterjee had revealed in a 2017 interview that Ray had read out the script of Goopy Gayen Bagha Bayen to him and had “jumped up” to request Ray for the role of Goopy. But Ray told him that his “face wasn't cut out to play a farmer's son”.

Ray cast Chatterjee in the second film of the Goopy-Bagha series, Hirak Rajar Deshe, in the role of Udayan Pandit, a schoolteacher leading a rebellion against a tyrant king.

Again, for the portrayal of the Ray-created private detective Feluda, a well-read and sharp young man who credited magojastro or the “brain-weapon” for his successes, the director chose Chatterjee.

Amitava Nag, author of the book ‘Beyond Apu - 20 Favourite Film Roles of Soumitra Chatterjee’, echoed Mukhopadhyay. Both of them spoke of two commercial hits where Chatterjee played a character from the rural backgrounds – Ganadevata (1978) and Agradani (1983) – and both said that Chatterjee “did not excel” or “was not well at home” in those roles.

“Chatterjee became an automatic choice for directors in the role of thinking characters and this, in a way, led to the lack of variations in Chatterjee’s roles. His own personality of being a sensitive, intellectual also influenced the directors’ choice in casting him,” Nag said.

“His best time was definitely the 1960s, when he worked with multiple stalwart directors. To me, however, Chatterjee is an actor who aged very gracefully,” Nag said.

Critics and moviegoers also fondly remember his acting in the role of the villain in the Tapan Sinha classics Jhinder Bondi (1961), one of the only six films starring both Uttam Kumar and Soumitra Chatterjee, the two leading matinee idols of Bengali cinema in the 1960s and the 1970s. But Chatterjee playing a villain has been a rare phenomenon.

Chatterjee never stepped out of Kolkata to try out the waters of Bollywood. He had said in interviews that he did not need Bollywood for fame because Ray’s films had already earned him international recognition and the roles that mainstream Bollywood films could offer never interested him.

However, he travelled to Mumbai, and also other parts of the country, several times with his plays, even in his old age. Despite his ever-growing association with the Bengali film industry, theatre remained so integral to his life that, in 2016, he went to Mumbai with three of his plays --- Phera, Bostomi and Kalmrigaya. He celebrated his birthday in 2017 in Kolkata by acting in two plays he himself had penned and are now directed by next-generation theatre personalities. Even in 2018, the 83-year-old Chatterjee acted in Phera during the 8th Theatre Olympiad in Mumbai.

While playwright and theatre director Bratya Basu once described Chatterjee as “the last colossus of Bengal’s professional theatre”, playwright and theatre director Debesh Chattopadhyay said that Chatterjee was the one who removed the divide between the traditional, entertainment-oriented commercial theatre and the experimental, amateur-based group theatre.

The commercial theatres, which had stalwarts like Sisir Kumar Bhaduri and Ahindra Chowdhury and were based in Hatibagan area of north Kolkata, had been in decline since the 1950s. The group theatre movement emerged in Kolkata in the 1940s as an alternative to commercial theatre and focused on the arts’ social commitment. Group theatre had the likes of Shambhu Mitra and Utpal Dutt and Ajitesh Bandyopadhyay in leading roles.

“Soumitra Chatterjee told me that he did not believe in the divide of commercial theatre and group theatre. He believed in good theatre and bad theatre. So, in 1970-71, when Bengali theatre was going through one of its worst times, Chatterjee staged Andhayug with himself, Anup Kumar and Ajitesh Bandyopadhyay starring in it. He brought the contents and characters of group theatre on commercial stages,” Chattopadhyay said.

A cancer survivor, Chatterjee had rued in some interviews given in the last decade that he could never focus on earning money by running after creative satisfaction. “There is a big gap between my social and economic status,” he had said in 2016.