'Names of Patel, Faldu, Rupala and Mandaviya are being discussed. But it is impossible to say who will be the chief minister as the decision will be taken by Prime Minister Narendra Modi,' a party leader said. 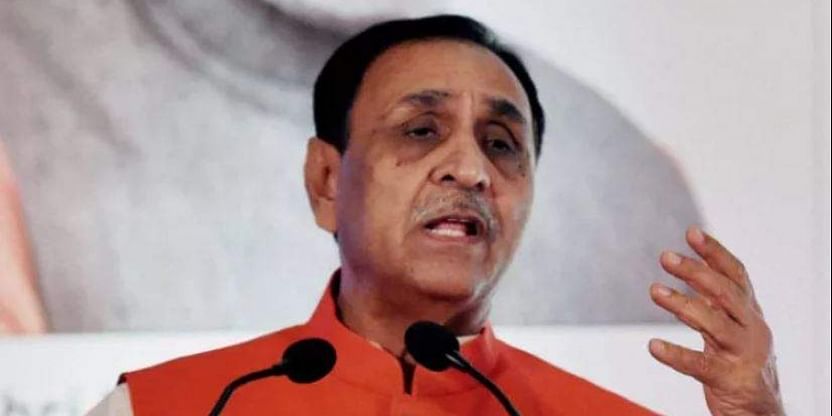 Following Vijay Rupani's sudden decision of stepping down as the chief minister of Gujarat,  names of Gujarat Deputy CM Nitin Patel, state agriculture minister R C Faldu and Union ministers Purshottam Rupala and Mansukh Mandaviya are doing rounds fuelling speculation over who will take over as the state's Chief Minister ahead of 2022 assembly polls.

Vijay Rupani stepped down from the designation of CM on Saturday, over a year ahead of Assembly elections in the state, without assigning any specific reason.

"Names of Patel, Faldu, Rupala and Mandaviya are being discussed. But it is impossible to say who will be the chief minister as the decision will be taken by Prime Minister Narendra Modi,” a party leader said.

When Anandiben Patel resigned as chief minister in August 2016, there was talk that Patel would succeed her, but in a last-minute decision, Rupani was chosen for the top post.

Union health minister Mandaviya, who like Patel belongs to the influential Patidar community, is also considered a front-runner. Leaders of the community had demanded recently that the next chief minister should be a Patidar.

State BJP president C R Paatil, who originally hails from Maharashtra, is unlikely to be considered for the CM’s post, sources said.

The BJP had replaced Anandiben Patel a year before Assembly polls were due. It has now done the same with Rupani and his successor may lead the party in the December 2022 state elections, the sources said.