Chief Minister Basavaraj Bommai on Monday said there is coordination between the BJP and the government in Karnataka, and the party will face 2023 assembly polls united with its good work, as he termed speculations about "changes" as media creation. 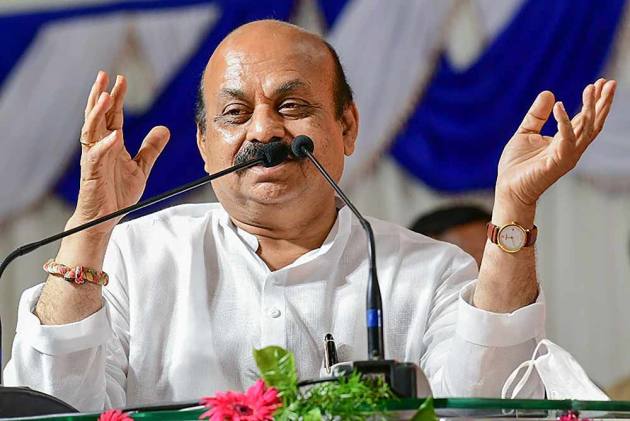 The CM was responding to media queries regarding possible discussion at BJP state core committee and executive meetings on December 28 and 29 respectively in Hubballi, which according to reports is likely to be attended by party National President J P Nadda.

"I don't know.... see, all these speculations are your (media) creation. You create and you ask questions....there is no need to tell you what politics we discuss. What has to be discussed in which situation, we will discuss accordingly, it is an internal matter of the party," Bommai said in response to questions on possible "changes" and cabinet reshuffle, during the meetings.

Speaking to reporters he said, "...all those things you are asking, the party high command is aware of and is observing, there are no issues. There is coordination between the administration and the party. We want to bring more good programmes in the days to come and will face the 2023 polls unitedly, by going before the people with our work and programmes."

There have been speculations about leadership change in Karnataka and Bommai's possible exit for some time now, which refuses to die down despite the party rejecting it.

In response to a question on action against party leaders like Ramesh Jarkiholi following BJP's defeat from the Belagavi MLC seat, Bommai merely said, "party high command is seized of the matter."

In a major blow to the BJP, independent candidate Lakhan Jarkiholi, one among Ramesh Jarkiholi's brothers, emerged victorious during the counting of second preferential votes in Belagavi, during the recent MLC polls from local authorities constituencies, resulting in the defeat of party's official candidate Mahantesh Kavatagimath.

Responding to a question on opposition from businesses to the night curfew and New Year curbs imposed by the government, Bommai said, "We had to take certain decisions from a health perspective, we too want business and trading to happen as the economy has picked up..."

Regarding people in large numbers flocking tourist destinations, he said, "People are free to go anywhere, but they will have to follow COVID norms wherever they go."

Amid fresh COVID concerns, the state government had on Sunday decided to impose night curfew for 10 days from December 28 between 10 PM and 5 AM.

The government banned all New Year parties and gatherings in public places like eateries, hotels, pubs, clubs and restaurants, which have been asked to operate with 50 per cent of their seating capacity from December 30 to January 2.

Federation of Karnataka Chambers of Commerce and Industry and hotel and pub owners have requested the government to reconsider its decision.