The Modi government recently withdrew the SPG cover from the Gandhi family members. 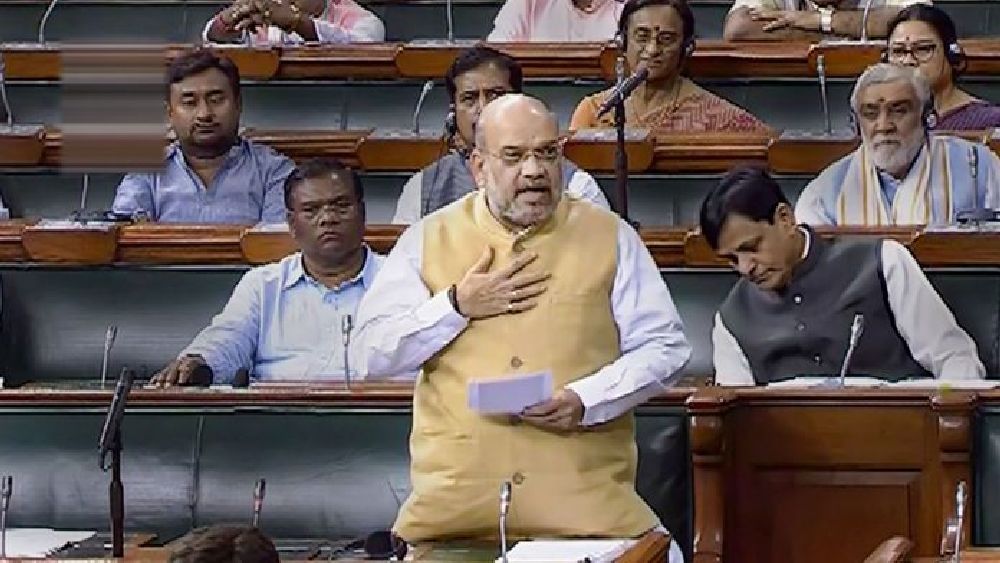 Accusing previous governments of diluting the law governing the Special Protection Group (SPG), Home Minister Amit Shah asserted in Lok Sabha on Wednesday that the elite protection unit was raised for securing only the prime minister and amendments brought in by the Modi government will restore the original intent of the Act.

As the House took up the SPG (Amendment) Bill for discussion, Shah said the term 'Special' indicates its special purpose and noted that many countries have such elite and compact cover exclusively for their respective head of state.

He said a "misconception" exists that the SPG is only about "physical protection".

OPINION: SPG Cover To Vulnerable Gandhis Needs To Be Reinstated

It is not just physical security but also about covering the prime minister's office, his health and communications as well, Shah added.

Also Read: Thank You For Protecting Me And My Family For 28 Years: Sonia Gandhi To SPG

He said the SPG was formed on the 1985 recommendations of the Birbal Nath committee and then a law was enacted in 1988.

However, various amendments were brought in 1991, 1994, 1999 and 2003 which diluted its purpose, Shah said, adding that the government is working to make the SPG more efficient and to rule out any negligence.

One of the amendments brought family members of former prime minister Rajiv Gandhi, which included Sonia Gandhi, Rahul and Priyanka, under the SPG cover.

The Modi government recently withdrew the SPG cover from the Gandhi family members.

The proposed bill says the SPG will provide security to the prime minister, and members of his immediate family residing with him at his official residence.

It will also provide security to former prime ministers, and his immediate family members residing with him at the residence allotted to him for a period of five years from the date on which he or she ceases to hold the office.