Mandeep Punia alleged that the police interfered with his work and said the incident had strengthened his resolve to continue with his work. 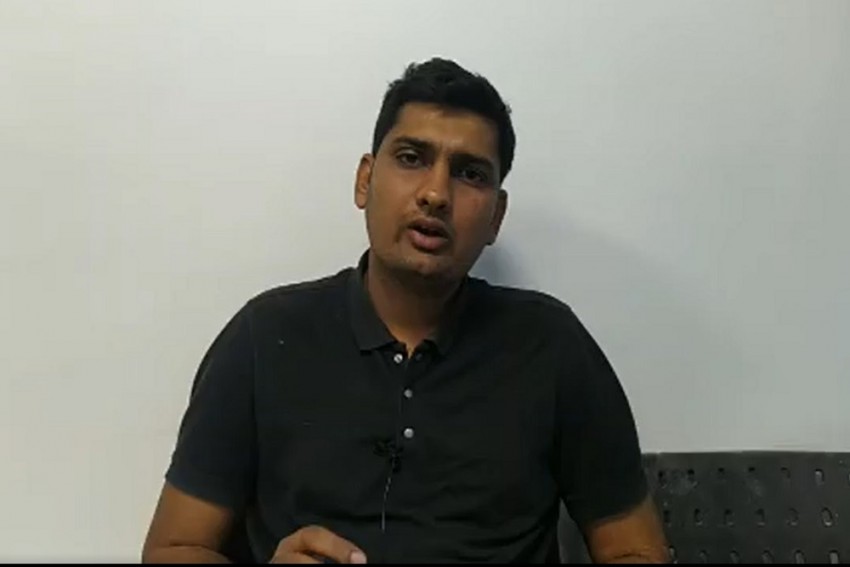 While freelance journalist Mandeep Punia was inside the Tihar jail after the Delhi Police arrested him from Singhu Border, scribbled notes on his legs after speaking to farmers to write a detailed report.

Punia was released from the prison on Wednesday after a court granted him bail.

Talking to reporters outside the jail, he said, "It (being inside the prison) turned out to be an opportunity for me. I got a chance to talk to the farmers lodged in the jail and scribbled notes on my legs. I am going to write a detailed report."

We Weren't Prepared For This New Normal Of Journalists Getting Arrested, Says Mandeep Punia's Wife

"My work is to report from ground zero... I asked the farmers why and how they were arrested," he said.

Punia said he had been covering the protest at the Singhu border from the day it started.

"It was my responsibility as a journalist to report it truthfully and faithfully. I was trying to do that. I was trying to find out the people behind the attack on the movement site. My work was interrupted by the arrest. I lost valuable time. I do feel that that I was wronged," he tweeted.

He alleged that the police interfered with his work and said the incident had strengthened his resolve to continue with his work.