Srinagar: ‘Return Bodies Of Our Sons, No Hope For Justice,’ Say Families Of The Dead

Using innocent civilians as human shields, getting them killed in cross-firing and then conveniently labelling them as OGWs is part of GOIs rulebook now, alleges Mehbooba Mufti. 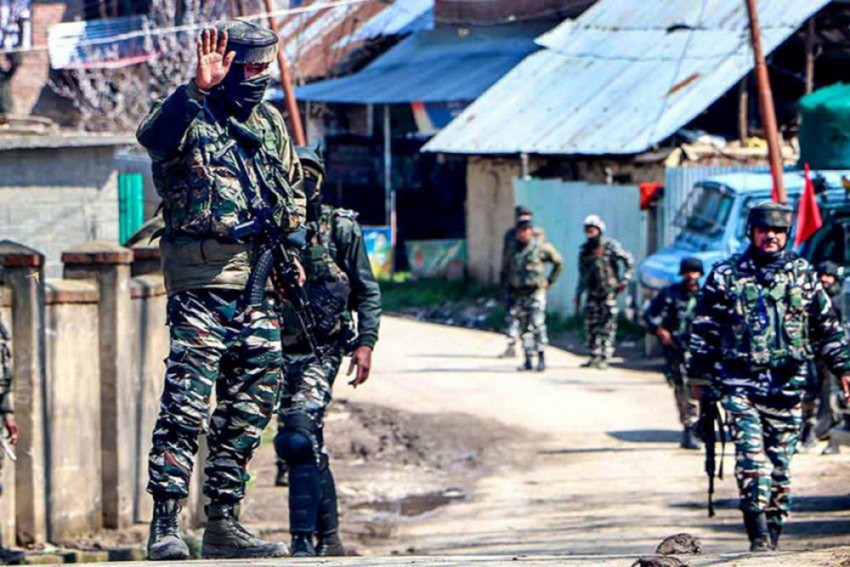 While the police claim that four persons including a foreign militant, his local associate, an Over Ground Worker and a civilian, building owner, were killed in a security forces operation at Hyderpora, Srinagar on Monday evening, the families are describing the operation as staged and seeking the return of bodies of killed persons.

Saima Bhat, senior journalist, who is also the niece of the building owner Altaf Ahmad Bhat wrote a tweet to police: “You killed my innocent uncle Mohammad Altaf Bhat in cold-blooded murder In Hyderpora, you used him as a human shield and now saying he was “OGW”, return us his body.”

Altaf Ahmad Bhat, 43, was the owner of the building where the police claim the shootout took place.

“Using innocent civilians as human shields, getting them killed in cross-firing and then conveniently labelling them as OGWs is part of GOIs rulebook now. Imperative that a credible judicial enquiry is done to bring out the truth & put an end to this rampant culture of impunity,” tweeted former chief minister Mehbooba Mufti.

The police claim Bhat was killed in a crossfire. “It is not sure whether a militant bullet or the bullets fired by forces hit him. Militants were carrying pistols and it would be clear after investigations whose bullet hit him,” Inspector General of Police Vijay Kumar said in a press conference.

According to eyewitnesses at about 4:30 p.m. the police and the army in civvies came to Hyderpora locality and launched a cordon. One of the eyewitnesses said that the armed persons in civvies had a heated argument with the Central Reserve Police Personnel (CRPF) patrolling the highway as they presumed them as militants.

listen to her, look into her eyes, you milirary monsters. This will haunt you and you will have to pay for killing innocent civilians, destroying families, snatching their childhood. https://t.co/xmPJTi8j99

He said the uniformed men in civvies shouted at the CRPF personnel and told them they were from Army.

“Then all shopkeepers and salesmen were assembled at Royal Enfield showroom. We were around 40 persons. The police came there and took Altaf for a search and then after some time Altaf returned. He was smiling and had no inkling about the impending situation.

After a while he was again taken out and asked to call Dr Mudasir Gul who had already left his office. Altaf came back and in a while Mudasir Gul also came to the same showroom. Then Bhat was taken out along with Dr Mudasir Gul and another person. They didn’t return after that,” said one of the eyewitnesses Nazir Ahmad.

“We don't have any hope of justice from this government. Our only request is they should hand over the body of our brother to us,” says Altaf’s elder brother Abdul Majid.

Altaf has two young daughters and a three-year-old son.

Her elder daughter has posted a video saying her father along with others was killed in cold blood. “His body had only a shirt on. But he had left in the morning in a jacket and other warm clothes. How shall I explain it to my brother. He is much younger than I am. He doesn’t know anything. He is so attached to his father and so am I. I asked the policemen uncle why did you kill my father? They were laughing shamelessly. How would I have responded to their shamelessness, " Daughter of Altaf Bhat said in a video.

Kumar claims Dr Mudasir Gul, who was living on rent in the building, had provided shelter to Pakistani militant Haider and his associate. “This way he was harbouring militants. Mudasir was also involved in ferrying Haider from the recent attack site of Jamalata Srinagar where a policeman was injured,” the IGP said, he was also involved in ferrying militants from South and North Kashmir areas.

Dr Mudasir Gul had rented Altaf’s building and he was running an office from there and was also involved in the real estate business. “My brother had an office in the building and was doing his work. Never ever police come to us for any inquiry. Police murdered my brother and we don't expect any justice from them. Now our request is that we should be given his body. We only want his body,” says his sister.

She said Gul left for office on Monday morning and he didn’t return in the evening. “We don’t need anything except his dead body. Please ask them to give us his dead body,” says his father-in-law. Mudasir has left behind his two children and aged parents.

The only fluid in the bodies: Tears ð­

Kashmir’s helplessness. Now you have to prove your innocence and pray that the body will be returned for a dignified burial. If this is not helplessness, what is? https://t.co/tCWbjWwaWY

About the third person killed in the alleged shootout, the IGP said he belonged to Ramban and was a militant associate. However, shopkeepers say his name was Aamir and he was first to be let off by the forces during the initial cordon.

They said later Aamir was called by the police from the nearby private health centre, Classic Hospital, where he would often go to have tea and then there was no trace of him.

They said they heard about his killing only in the morning. “I saw him in the Classic hospital. He was called by two policemen and after a few minutes we heard a few gunshots and later came to know that he has been killed,” says one of the employees of the hospital.

The IGP says Pakistani militant Haider was killed in the encounter as he was hiding in the building.

At the same time, people at the encounter said one person was running LITE IT solutions from the building and there is no trace of him since Monday evening. “If only four persons were killed, what happened to him,” said two of his friends who refused to identify themselves.