Some areas in Srinagar like Khomeini chowk have developed herd immunity. 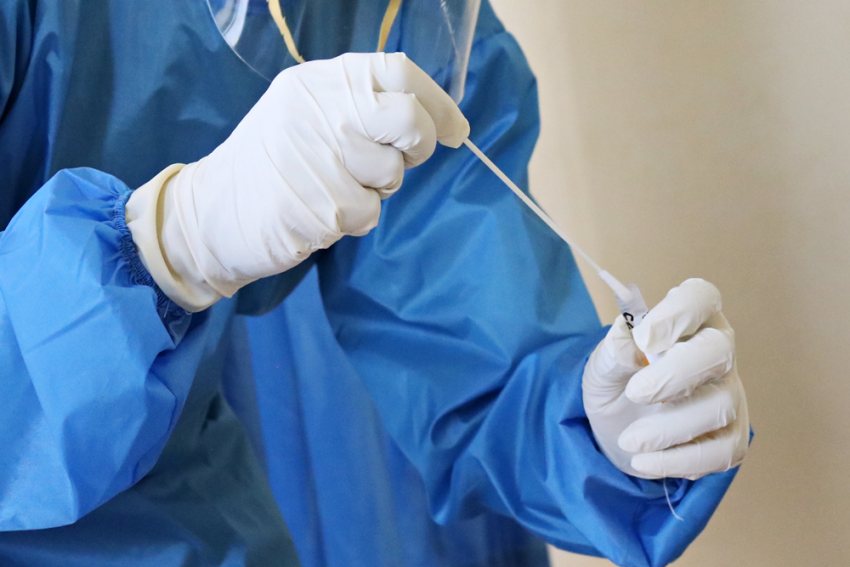 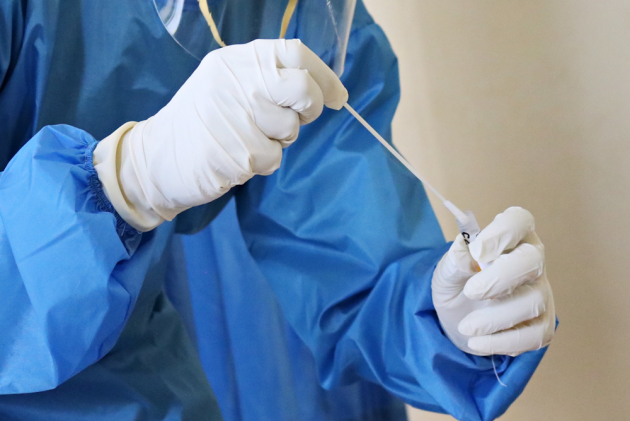 Srinagar city in Jammu and Kashmir seems to be on the path of developing antibodies against Covid-19 on a large scale.

To end the Covid-19 pandemic, people must build up sufficient immunity through natural infections or a vaccine, experts say. It is estimated that 55–80 per cent of a population must be immune for this to happen, depending on the country’s population.

According to a study by the government medical college (GMC) Srinagar, people in the city have built-up substantial antibodies through Covid-19 infections. The study says  46.6 per cent of the population has shown antibodies against the disease. Some areas in Srinagar like Khomeini chowk have developed herd immunity.

“The serosurvey was conducted in 20 clusters across Srinagar district covering both urban and rural areas. Incidentally, the prevalence was found more among women and in the elderly population. Around 82 per cent persons who had previously tested positive for COVID using rtPCR/ RAT showed IgG antibodies within their blood samples while surprisingly 37 per cent who have tested negative on rtPCR / RAT also showed the presence of antibodies against SARS CoV-2 Infection,” Prof Salim Khan, HOD Community Medicine Government Medical College Srinagar and principal investigator of the study.

“Some areas showed over one half to two-thirds of the sampled population to have positive samples for COVID antibodies,” he added. (see chart below) 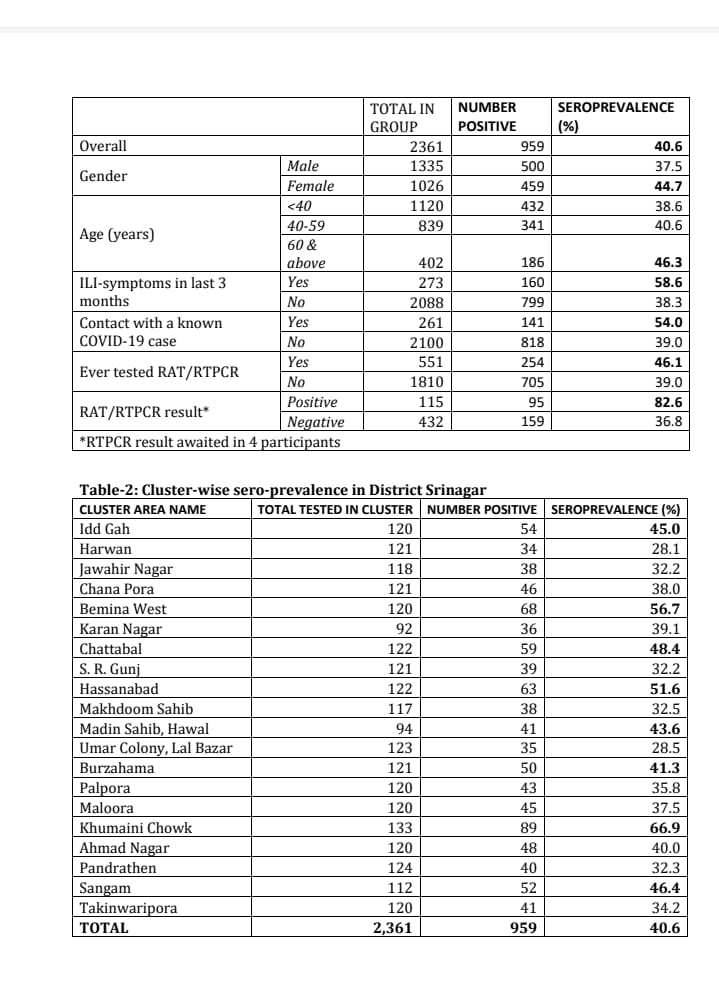 He further added that the serosurvey is undergoing in nine other districts of Kashmir division and those results are expected soon.

He said 959 samples were positive for IgG against SARS-CoV-2 giving a seroprevalence of 40.6 per cent.

The present study showed many-fold increase in Seropositivity among the Srinagar population as compared to our previous study conducted in June this year where seroprevalence of SARS CoV-2 infection in the Srinagar district was just 3.8%. It shows that the majority of the population has been exposed to SARS COV-2 virus.

However, Dr. Khan insisted that people should continue to follow SOPs to prevent infection among vulnerable populations especially the elderly and persons with co-morbidities.

"Blood samples of both rounds of Seroprevalence study in district Srinagar were tested on high-end architect analyser of Abbott Laboratories which was also used by ICMR during their recent countrywide serosurvey of SARS CoV-2 Infection in India", said Dr. Sabhiya Majid, professor and HOD of Biochemistry department GMC Srinagar and Co-Principal investigator of the study.