Over 74 lakh voters would exercise their franchise to elect representatives in the 150-ward Greater Hyderabad Municipal Corporation (GHMC). 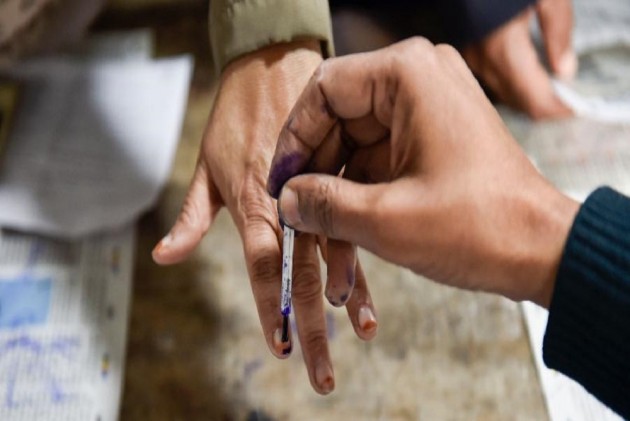 The stage is set for polling on Tuesday in the Hyderabad civic polls which witnessed a high decibel campaign resembling an Assembly or parliamentary election with top leaders from different parties participating in the electioneering.

As many as 74,44,260 voters would exercise their franchise using ballot papers to elect their representatives in the 150-ward Greater Hyderabad Municipal Corporation (GHMC), according to official data.

The polling would begin at 7 AM and come to an end at 6 PM. The total number of contesting candidates is 1,122.

The Telangana State Election Commission (SEC) has made elaborate arrangements for the balloting process by deploying 48,000 (including reserve) polling personnel and 52,500 strong police force.

The Commission had decided to conduct the election with ballot papers after obtaining the views of major political parties, Health department in view of Covid-19 and taking into consideration various relevant issues, it said earlier.

The SEC has conducted a campaign, featuring some film personalities, to motivate the electorate to vote.

Observing that all arrangements, including those in view of the Covid-19 pandemic, have been made for smooth polling, State Election Commissioner C Parathasarathi has appealed to the voters to exercise their franchise.

The run-up to the polling witnessed a high decibel and often acrimonious campaign.

Buoyed by its victory in the recent bypoll to Dubbak Assembly constituency, the BJP conducted a powerful campaign to win the GHMC polls.

It has drafted its General Secretary Bhupendra Yadav, who has been its in-charge for Bihar, to supervise the preparation for the poll in Hyderabad.

The BJP highlighted the TRS' "alliance" with the AIMIM and sought votes to provide clean and transparent governance in the city.

The TRS, however, denied any alliance with the AIMIM.

The state's ruling party has deployed several state ministers and legislators for canvassing in the city.

The Congress campaign was led by its state president N Uttam Kumar Reddy and Working President A Revanth Reddy and other senior leaders.

Once a major force in the state, but marginalised now, the TDP sought to revive its fortunes highlighting the development witnessed in the city, including in the IT sector, during N Chandrababu Naidu's regime as Chief Minister in undivided Andhra Pradesh.

The TRS and BJP leaders were engaged in a war of words attacking each other.

BJP's Telangana president Bandi Sanjay Kumar found himself in a row following his comments that his party would conduct a "surgical strike" in the old city here to send away Rohingyas and Pakistanis after it wins the post of Mayor in the polls.

AIMIM's Akbaruddin Owaisi in a poll campaign earned the wrath of his opponents by asking whether the ''samadhis'' of former Prime Minister P V Narasimha Rao and TDP founder N T Rama Rao, built on the Hussain Sagar lake bank, would be removed as he questioned the eviction drive against "poor people" residing near water bodies.

Counting of votes will be taken up on December 4.