Lok Sabha Elections 2019: Over 10.01 crore voters are expected to decide the fate of 918 candidates. The Election Commission has set up more than 1.12 lakh polling stations for smooth conduct of polls. 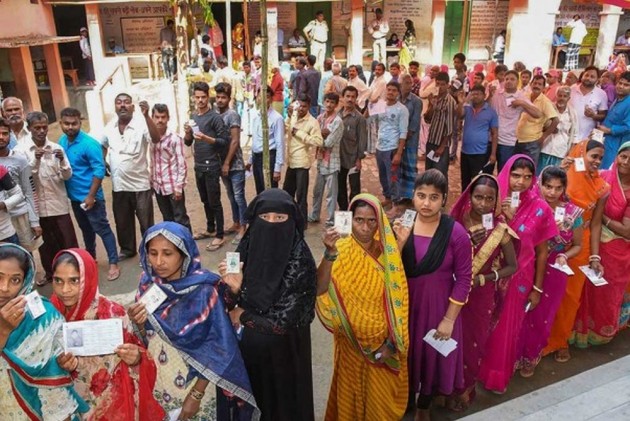 The seven-phase Lok Sabha elections, one of the most bitterly fought in recent memory, will come to a close on Sunday when polling will be held in 59 constituencies including in Varanasi where Prime Minister Narendra Modi is seeking to retain the seat.

Polling will be held in all 13 seats in Punjab and an equal number of seats in Uttar Pradesh, nine in West Bengal, eight seats each in Bihar and Madhya Pradesh, four in Himachal Pradesh, three in Jharkhand and the lone seat Chandigarh.

Over 10.01 crore voters are expected to decide the fate of 918 candidates. The Election Commission has set up more than 1.12 lakh polling stations for smooth conduct of polls.

On Sunday, a bypoll will be held in Panaji, necessitated due to the death of former chief minister Manohar Parrikar in March. Bye-elections will also be held in four assembly constituencies of Tamil Nadu -- Sulur, Aravakurichi, Ottapidaram (SC) and Thiruparankundram.

Counting of votes will be taken up on May 23.

An average of 66.88 per cent voters exercised their franchise in the last six phases. The whole elections were spread over 38 days.

In Uttar Pradesh, all eyes will be on Varanasi, where besides Modi, 25 other candidates are in fray. Modi's main challengers are Congress's Ajay Rai and SP-BSP grand alliance's nominee Shalini Yadav.

The BJP is contesting 11 Lok Sabha seats in this phase, while its ally Apna Dal (Sonelal) is contesting Mirzapur, currently held by Union minister Anupriya Patel, and Robertsganj.

SAD chief Sukhbir Singh Badal and union ministers Harsimrat Kaur Badal and Hardeep Singh Puri are among the 278 candidates including 24 women whose fate will be decided in Punjab on Sunday.

Besides Punjab, more than 6 lakh voters in the union territory of Chandigarh will choose between sitting MP and BJP candidate Kirron Kher and former railway minister and Congress candidate Pawan Kumar Bansal.

On most of the 13 seats, the contest appears to be a direct fight between the Congress and Shiromani Akali Dal-BJP alliance.

A conglomeration of several political outfits, the Punjab Democratic Alliance (PDA) led by AAP rebel Sukhpal Singh Khaira, is also contesting on all 13 seats while SAD (Taksali), breakaway faction of SAD, has fielded one candidate from Anandpur Sahib.

In 2014, the AAP and the SAD had won four seats each, the Congress three and the BJP two.

Eight seats, barring Jadavpur, will witness a contest among the Trinamool Congress, the BJP, the Congress and the Left Front. The Congress has given the Jadavpur seat a miss.

The nine constituencies are spread across the three districts of Kolkata, South and North 24 Parganas.

Shah's roadshow in the city on Tuesday was marred by violence and destruction of social reformer Ishwar Chandra Vidyasagar's bust in a college in north Kolkata.

In a first such action in India's electoral history, the Election Commission ordered campaigning in the nine West Bengal constituencies to end at 10 pm on Thursday, instead of 6 pm on Friday, in the wake of the violence between the BJP
and the TMC during Shah's roadshow.

As many as four Union ministers -- Ravi Shankar Prasad, Ram Kripal Yadav, RK Singh and Ashwini Kumar Choubey -- are among the 157 candidates in Bihar.

Seven of these seats were won by the NDA last time, five by the BJP and two by the RLSP, which is now with the "Mahagathbandhan".

One was bagged by the JD(U) headed by Chief Minister Nitish Kumar, which then fought separately but is now back with the NDA.

By-poll will also be held for the Dehri Assembly seat.

The most keenly-watched contest is in Patna Sahib where Prasad, one of the most prominent members of the Narendra Modi Cabinet, is seeking entry into the Lok Sabha. He is pitted against Shatrughan Sinha - the actor-turned-politician, who won it on both occasions for the BJP and is now in the fray as the Congress candidate.

The electoral fortunes of 42 candidates including that of former chief minister and Union minister Shibu Soren will be decided on Sunday in Jharkhand.

Soren, the chief of Jharkhand Mukti Morcha and a eighth term sitting MP is in the fray from Dumka seat once again. He is crossing swords with BJP's Sunil Soren. The JMM leader had defeated his BJP challenger twice in 2009 and 2014.

Dewas, Ujjain, Mandsaur, Ratlam, Dhar, Indore, Khargone and Khandwa seats in Madhya Pradesh, all currently held by the BJP, will go to polls in Madhya Pradesh. Former Union ministers Kantilal Bhuria, Arun Yadav are in the fray from Ratlam and Khandwa, the latter seeing a tough fight between Yadav and ex-MP BJP chief Nandkumar Singh Chauhan.

Polling will also be held in all four Lok Sabha constituencies in Himachal Pradesh where as many as 45 candidates, including five legislators, are in the fray.