DMK chief M.K Stalin has claimed that his party is ready to move Supreme Court against the farm laws. Stalin has also claimed that the new farm laws will drive out farmers from their lands. 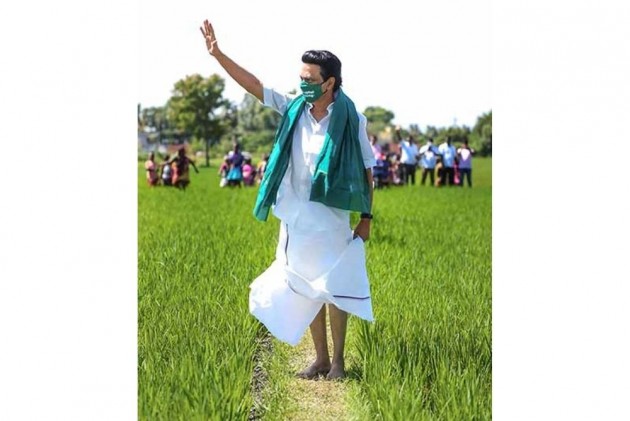 DMK and its allies hit the streets across Tamil Nadu on Monday, protesting the three farm sector legislations with the DMK chief M K Stalin saying his party was ready to challenge the Centre's contentious move in court. Addressing a demonstration at a village in neighbouring Kancheepuram district as part of the state-wide protest, he alleged the new laws would drive farmers away from their lands.

Slogans such as “we will not rest until farmers’ interests are protected” and “farm laws lead to hoarding,” were raised during the demonstration. Stalin said that the Tamil Nadu government should follow in the steps of the Kerala government which was readying to approach the Supreme Court against the farm laws. He also added that the DMK “was ready to go to court on behalf of farmers.”

Attacking Chief Minister K Palaniswami, he said though the AIADMK leader took pride in calling himself a farmer, the lives of the farmers have "taken a hit" only after Palaniswami assumed power. Stalin, also the leader of Opposition in the assembly, alleged farmers would be driven out of their own lands and their lives will be severely affected.

MDMK chief Vaiko, Tamil Nadu Congress Committee president K S Alagiri, DMK leaders T R Baalu and Dayanidhi Maran were among others who took part in the protests held at separate locations. The protest demonstrations were held in Chennai, Coimbatore, Madurai, Tiruchirappalli and Tirunelveli among other places across the state. Similar protests against the farm bills are being witnessed in several other places in the country, especially in Punjab and Haryana, with Congress and other parties alleging that the laws harm the interests of the farmers.

The Centre has maintained that the legislations, which have recently received Presidential assent, would be beneficial to farmers as they would have freedom to choose the buyers of their produce and get remunerative price.