The 84-year-old Jesuit priest was put on ventilator after his health deteriorated further early Sunday. 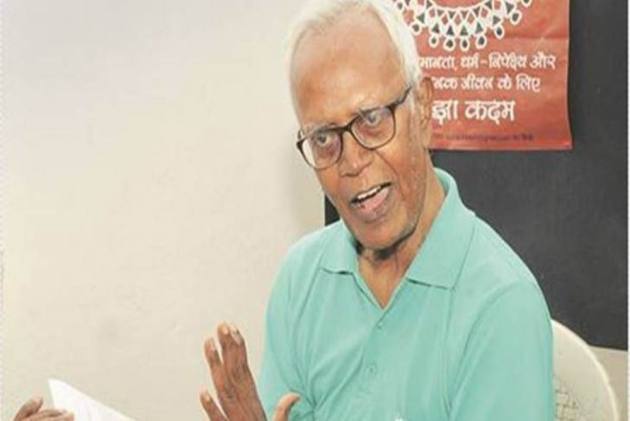 Following this, the NHRC urged the government to ensure proper medical care to Swamy as part of life-saving measure and protection of his basic human rights. The commission also called for a report in the light of the allegations made in the complaint, and the treatment record of the activist.

He died at 1.30 pm on Monday, Dr Ian D'Souza, director of the Holy Family Hospital in suburban Bandra, told the HC's division bench of Justices S S Shinde and N J Jamadar.
The tribal rights activist was admitted to the private hospital on May 29 from the Taloja prison following the HC's order on a petition filed by him, seeking medical attention as he was then suffering from COVID-19 and Parkinson's disease.

Stan Swamy, The Majesty Of Law And The Tenets Of Justice

D'Souza told the court that Swamy suffered a cardiac arrest early Sunday morning following which he was put on ventilator support.

“He (Swamy) did not recover and passed away this afternoon,” the official told the court.
The cause of the death is pulmonary infection, Parkinson's disease and post COVID-19 complications, he said.

Swamy's counsel Mihir Desai said there was negligence on part of the Taloja prison authorities, who failed to provide immediate medical attention to the Jesuit priest.

Swamy was arrested by the National Investigation Agency (NIA) in October 2020 and had been in jail since then.