‘Stan Swamy’s Death Is A Result Of His Arrest’: Lawyer Mihir Desai 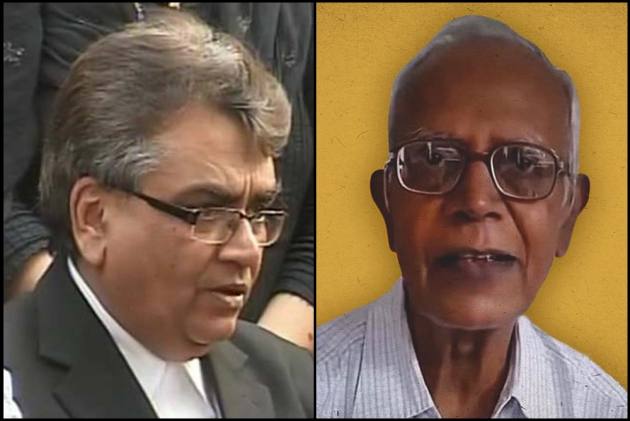 A day after the passing away of tribal activist Father Stan Swamy, his lawyer Mihir Desai said that the NIA Special Court behaved inhumanly in his case. The NIA arrested Swamy in connection with the Elgar Parishad case in October 2020 and it had opposed Swamy’s bail plea four times in the courts. Swamy was lodged in Navi Mumbai’s Taloja jail for the last nine months. Speaking to Outlook, Desai said that the draconian law UAPA needs a relook. Excerpts:

Q) What does Stan Swamy’s death say about our judicial system?

Well, first of all, more than the judicial system, it talks a lot about the National Investigation Agency (NIA), because the root problem lies there. If he wasn’t arrested, all this would not ever happened. So, the root problem lies in false and fabricated cases. NIA has become an instrument for filing false and fabricated cases. Also, the problem of prison conditions are so bad that even a healthy person will come out ill. As far as his case is concerned, it is not so much with the High court. I think the High Court did help out in certain ways.

Q) You have fought Stan Swamy’s case in court. Do you think that he was denied the right to due process?

It is a reflection of the sad state of affairs in the country. I can only hope that Stan’s sacrifice leads to change in the situation. I would say that his death is a direct result of his arrest.

Q) Why do you hold NIA Court responsible?

Q) Stan Swamy’s plea for a sipper and straw to drink water was turned down by the court.

As Stan Swamy was suffering from Parkinson's disease, he couldn't even drink water from a glass. The lower court even rejected the permission for a sipper. It is because of the pressure from civil society that he got a sipper. I feel that the lower court behaved in a very, very wrong manner in this case.

Q) The special court also rejected Swamy’s bail plea on the grounds of contracting coronavirus in an overcrowded prison.

He was an 84-year-old man. What was the purpose of arresting him? I can understand if you wanted to arrest him for interrogation. But they didn’t even interrogate him. After his arrest, they immediately sent him to jail, but not in police custody. The NIA didn’t even take him in police custody even for a day. So, what was the purpose of arresting him? He was not going to run away. He was always available. How can they arrest people because they feel that they might at some stage be found guilty? The UAPA needs to be looked at.

Q) The accused in the Bhima Koregaon violence (BK 15 now) has been languishing in jail for more than three years without even proper trial. Will this case lead to any relief for them?

The provisions under the draconian Unlawful Activities (Prevention) Act (UAPA) pose huge challenges for the accused. The UAPA’s interpretation by the Supreme Court is another problem. I can only hope that this case will be an eye-opener and lead to some change in the conditions.

Q) The poor conditions and lack of basic medical facilities in jail are a concern and it has been flagged by family and friends.

The lack of medical treatment is a real concern because most of them are elderly citizens. We have seen how Varavara Rao and Hany Babu struggled to get treatment. Prisons are anyway overcrowded. Not much being done to solve the problem, especially during the pandemic. Though there are various orders passed by the courts, not much implementation has happened at the ground level.