'State Of Fear From Kashmir To Kanyakumari': Jamiat Ulama-I-Hind Demands Law Against Lynching

I am of the firm belief that this country cannot accept any religion or ideology's supremacy, said Jamiat chief Syed Arshad Madani. 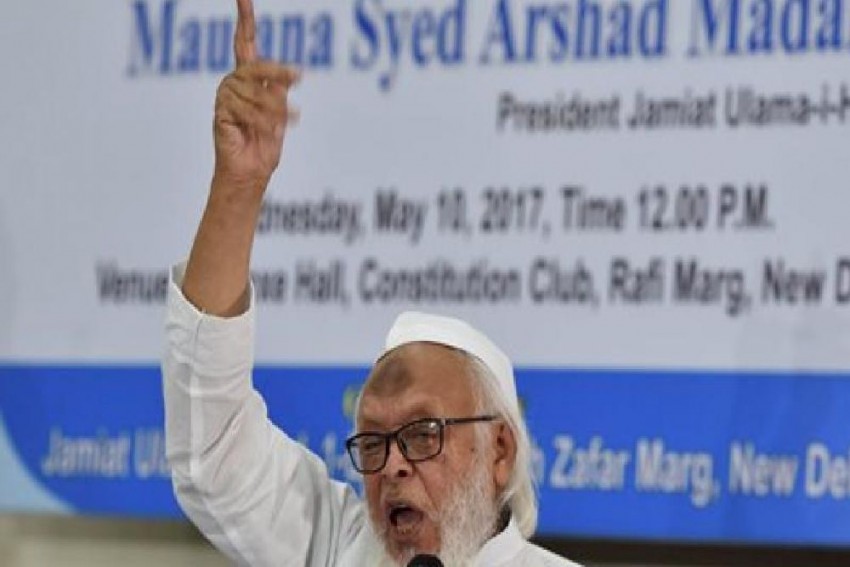 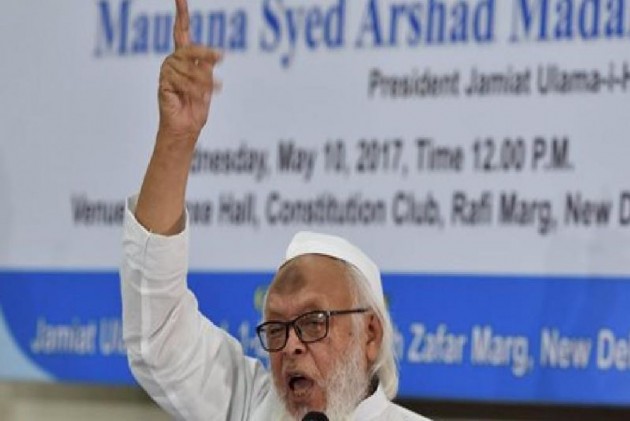 Prominent Muslim body Jamiat Ulama-i-Hind on Wednesday demanded that the BJP should bring a law at the central and state levels against lynching and claimed a failure to do so would indicate its support for such acts.

People from Kashmir to Kanyakumari are living in a "state of fear", Jamiat chief Syed Arshad Madani claimed at a press conference.

"I am of the firm belief that this country cannot accept any religion or ideology's supremacy, and it cannot be run on this basis as it is a vast and diverse country in every sense," he said in a statement issued by the Jamiat later.

"Today, the communal situation is worse than at the time of partition but we need not to get into hopelessness as this country has a very strong tradition of love and affection," Madani said.

He alleged that minorities, particularly Muslims, are being targeted because of their religious identity and many of them lost their lives in such violent attacks.

Addressing the press conference, Madani claimed that wherever there is a BJP government, a law has not been made against lynching.

In states, where the BJP is not in power such as in West Bengal, Madhya Pradesh and Rajasthan, a law has been made and incidents like lynching have not taken place, he said.

"It has been our persistent demand (to have a law against lynching), but it is not being given importance. Wherever the BJP is in power, people are taking law in their own hands. If people will take the law into their own hands, the result will be dangerous for both the majority and minority," he said.

"The BJP should make a law against mob lynching in states and at the Centre. If it will not do so it will indicate it is supportive of such acts," Madani said.

Taking umbrage over Home Minister Amit Shah’s statement that Hindu, Sikh, Jain, Buddhist and Christian refugees will be given Indian nationality by amending the Citizenship Act, the Jamiat said his statement "smacks of religious prejudice" and reflects that only Muslims are on the target of any National Register of Citizens (NRC) exercise.

Jamiat has condemned the home minister’s comment and termed its part of "BJP’s politics of polarization", the statement said.

"The remarks are against the understanding reached with RSS chief Mohan Bhagwat," he said, referring to his meeting with Bhagwat in August.

The home minister’s statement is against the articles 14 and 15 of the Constitution which state that no citizen will be discriminate on the basis of his religion, region and language, the Jamiat said.

Madani, in his presser, also spoke at length on Kashmir, alleging that since the "unilateral" abrogation of Article 370 provisions on August 5, normalcy had not returned to Jammu and Kashmir.

"We are extremely concerned that the population in Kashmir continues to be deprived of a wide range of human rights, including healthcare facilities," he claimed.

Madani said problems can only be solved through negotiations and the government should take people of Kashmir into confidence and open the door of dialogue for resolving the Kashmir problem.

"The revocation of Article 370 was challenged in the Supreme Court and we hope that people of Kashmir will get justice from the court," he said.

Madani said the Prime Minister is constitutionally bound to assure the minorities for their safety as he is the PM for the whole country not of a particular political party.

However, it is heartening to see that the majority of people do not subscribe to the hate-ideology and refused to be the part of hate campaign, he said.

Spillover Effect Of Khaki Vs Black Robes: 4 Cops Thrashed By Lawyers In Alwar