Statement On Allopathy Can Weaken Fight Against Covid, Withdraw It: Harsh Vardhan To Ramdev

'Your statement on allopathy can break the morale of healthcare workers and weaken our fight against Covid-19,' Union health minister Harsh Vardhan said. 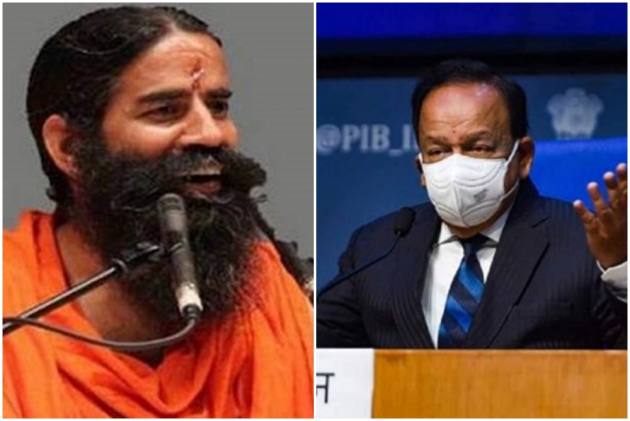 In a letter to Ramdev, Vardhan asked him to withdraw his statement on allopathy.

"The statement disrespects the corona warriors and hurt the sentiments of the country. Your statement on allopathy can break the morale of healthcare workers and weaken our fight against COVID-19," he said.

Vardhan said that allopathic medicines have saved lives of crores and comments that it is responsible for death of lakhs is "extremely unfortunate".

Citing a video circulating on social media, the Indian Medical Association on Saturday had said Ramdev has claimed that allopathy is a "stupid science" and medicines such as remdesivir, faviflu, and other drugs approved by the Drugs Controller General of India have failed to treat COVID-19 patients.

The doctors' body also quoted Ramdev as saying that "lakhs of patients have died after taking allopathic medicines".

These remarks were denied as "false" by the Haridwar-based Patanjali Yogpeeth Trust.