The protest, organised by the Adivasi Samanvay Manch, was peaceful, said activist Praful Vasava, who claimed the state government was forcibly acquiring land, in the process displacing tribals, and posing grave danger to indigenous culture. 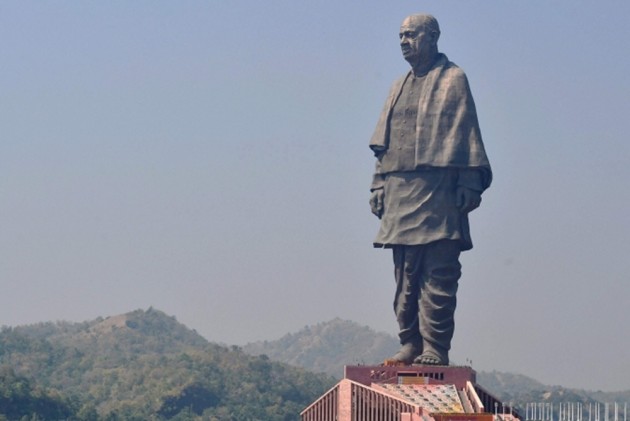 Hundreds of tribals from 14 villages in the vicinity of the Statue of Unity on Sunday formed human chains and held posters and placards demanding that the Gujarat government stop taking away their lands in the name of development.

It was on this day in 2007 that the United Nations General Assembly adopted the UN Declaration on the Rights of Indigenous Peoples (UNDRIP).

The protesters, from 50 tribal-dominated talukas spread over 16 districts in the eastern part of the state, sought cancellation of the recently-enacted Statue of Unity Area Development and Tourism Governance Act, which empowers the government to acquire land in the villages for development projects around the SoU, the tallest structure of its kind in the world.

The protest, organised by the Adivasi Samanvay Manch, was peaceful, said activist Praful Vasava, who claimed the state government was forcibly acquiring land, in the process displacing tribals, and posing grave danger to indigenous culture.

"We demand that the government grant us rights under the Panchayats (Extension to the Scheduled Areas) Act," he said.

Narmada district Superintendent of Police Himkar Singh said the event near the SoU was part of similar ones held in other areas of the state by tribals to mark the Indigenous Peoples' Rights Day.

"It was organised all over the district and other parts of Gujarat. They wanted to present their point. They just came out of their houses on the road to protest and they did so peacefully," he said.