Referring to Modi's statement in an interview last week that seven million jobs were created in the organised sector and many more in the unorganised sectors, the Sena said the CMIE's latest figures have punctured the Prime Minister's claims. 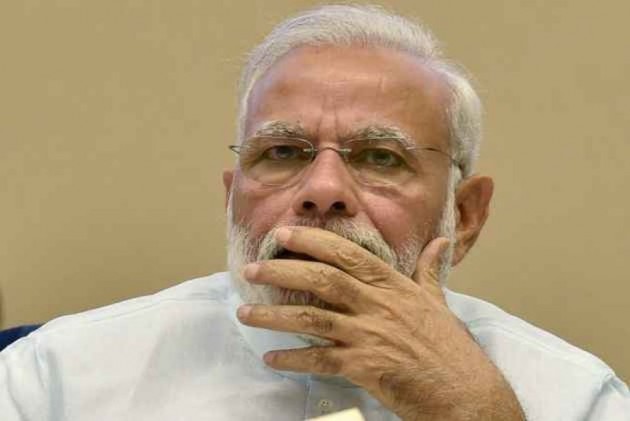 The Shiv Sena on Monday launched another attack on Prime Minister Narendra Modi over the issue of jobs and asked him to stop making a 'jumla' (joke) of the jobless millions in the country, saying Modi's claims of creating more jobs have been "proved completely hollow" by the Centre for Monitoring of Indian Economy (CMIE).

Referring to Modi's statement in an interview last week that seven million jobs were created in the organised sector and many more in the unorganised sectors, the Sena said the CMIE's latest figures have punctured the Prime Minister's claims.

"Last year, nearly 11 million people, mostly workers, lost their jobs with the rural areas taking the biggest brunt. From these 11 million, nearly 6.50 million are women," the Sena said in editorials in the party mouthpieces 'Saamana' and 'Dopahar Ka Saamana'.

Forget creating new employment opportunities, but even those who were gainfully employed have lost their jobs, the Sena said, adding that till December 2018 39.70 crore workers and employees were registered. But this fell by nearly 11 million over the previous year, indicating job losses.

"When the Prime Minister wants to claim credit for creating seven million new jobs, he must also accept responsibility for the 11 million jobs lost. What happened to your promise of 'jobs for all'? It was just beating drums and now it has been shattered by CMIE revelations," the Sena said.

Not only are urban centres reeling under unemployment, but 9.1 million jobs were axed even in the rural areas in 2018, said the Sena, a key ally of the ruling Bharatiya Janata Party.

"Modi always speaks of 'Beti Bachao, Beti Padhao', but in his own state (Gujarat), 6.50 million women have lost jobs besides 2.30 million in cities last year. The PM hoists balloons of job creations, while his senior minister Nitin Gadkari says its not possible to give jobs to all, and BJP chief Amit Shah urges people to 'fry bhajias' for a living," the Sena said.

It rued that a sensitive and serious matter like employment has been made a 'football match' in the past four years and accused the BJP of making false assurances of creating 2 crore jobs. "But the BJP's claims have proved fake and its promises remain unfulfilled."

Asking Modi not to make a cruel joke of unemployed millions, the Sena warned him not to forget "that the very same hopeful hands which catapulted you to power with a majority ... can bring you down".