Stopped For Not Wearing Helmet, Woman Beats Up Traffic Cop In Mumbai

A video of the incident, which went viral on social media, garnered a sharp reaction from Shiv Sena leader Sanjay Raut 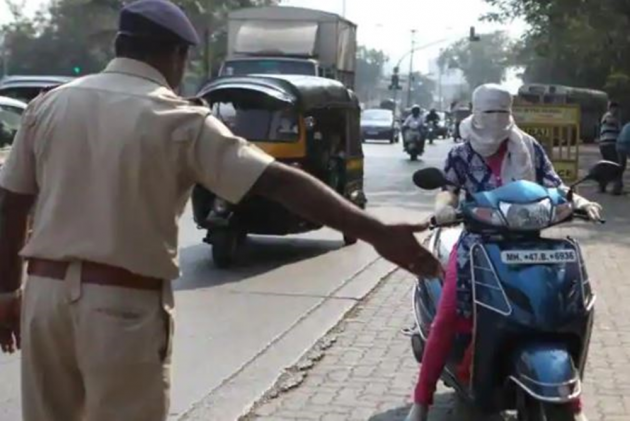 A traffic police constable was allegedly beaten up by a woman, after he intercepted the two- wheeler she was travelling on without wearing a helmet in Kalbadevi area of south Mumbai, an official said on Saturday.

A video of the incident, which went viral on social media, garnered a sharp reaction from Shiv Sena leader Sanjay Raut, who tweeted saying immediate action must be taken against the woman, as it was the matter of Mumbai police's honour and tagged state Home Minister Anil Deshmukh in the post.

The incident took place on Friday afternoon at Cotton Exchange Naka in Kalbadevi, where traffic police constable Eknath Parthe intercepted the two-wheeler on which the accused woman was riding pillion without a helmet, the official said.

An argument ensued regarding the fine, during which the woman allegedly started thrashing the constable in full public view, he said.

In the video, the woman is seen claiming that the constable had verbally abused her, while the latter is seen refuting her allegation.

Even as Parthe was being assaulted, a crowd gathered at the scene and some bystanders were seen shooting the assault on their mobile phones.

An offence under section 353 (assaulting a public servant) and other relevant provisions of the IPC has been registered against the duo, who was arrested, he said.

Meanwhile, the traffic police in an official release said Parthe had not used foul language and had addressed both the accused in a polite manner.

Joint Commissioner of Police (Traffic) Yashasvi Yadav praised the constable for not losing his temper and being patient, while being thrashed and abused by the accused woman, the release stated.