Strange That Election Commission Acts As Advocate For EVMs: Congress

Congress spokesperson Manish Tewari said the Election Commission has been entrusted the task to conduct elections and it should take the views of various stakeholders. 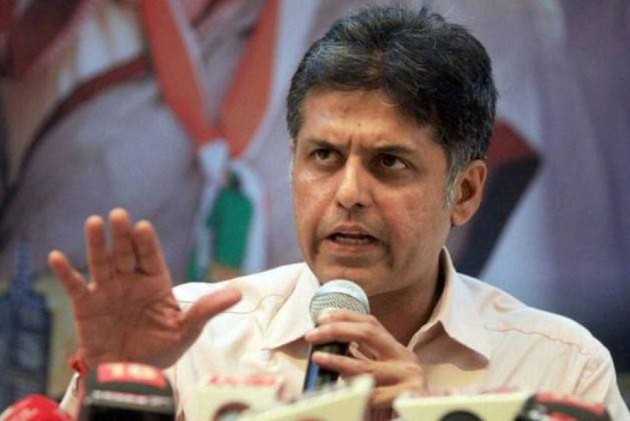 The Congress said Thursday it sounds "strange" when the Election Commission presents itself as an advocate for electronic voting machines (EVMs), on a day Chief Election Commissioner Sunil Arora rejected demands for returning to the paper ballot.

Congress spokesperson Manish Tewari said the Election Commission has been entrusted the task to conduct elections and it should take the views of various stakeholders including people and political parties before arriving at such a decision.

"It looks strange and odd sometimes when the Election Commission presents itself and acts as an advocate of the EVMs," he told reporters.

Tewari said the Congress position has been cleared many times on its demand for returning to the paper ballot as many stakeholders have expressed doubts on the efficacy of EVMs.

"In this regard, we urge the Election Commission to remove these misgivings and take note of them. The Election Commission has been entrusted the task of holding elections under Article 324 of the Constitution and it is not the lone stakeholder in India's democracy," the Congress leader said.

Tewari said the 125 crore people of India and the political parties are also part of India's democracy, besides all those people who take interest in the electoral process, are also equal stake-holders and the EC should take note of their concerns and address them.

EVMs are being used as a "football" due to a "motivated slugfest", he said.

"I would like to make it very, very clear one more time that we are not going back to the era of ballot papers," Arora said.