Struggle For A Gender-Inclusive Dress Code In Kerala

A teacher has refused to accept a job offer as the institution insisted that she wear saree on campus. Meanwhile, a government school has introduced gender-neutral uniform for its students, perhaps the first such instance in the country. 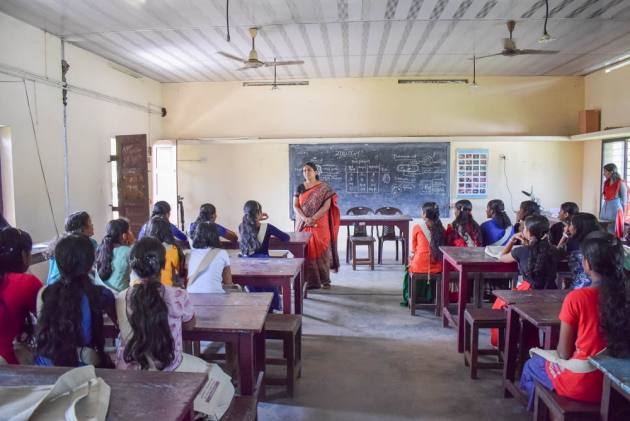 Towards the end of 1990s, when Kerala’s now-famous policewoman Vinaya switched from saree to pants and shirt, she faced stiff opposition from within and outside the force in the state. Years later, the saree and women’s dress code is once again at the centre of a raging debate in the state after a teacher refused to accept a job offer as the institution insisted that she wear saree on campus.

Amidst the controversy, a government school in Thiruvananthapuram has attracted attention for introducing gender-neutral uniform for its students, perhaps the first such instance in the country.

Vinaya says that such reforms should have been introduced long ago.

“Women’s dresses are designed without any scientific basis,” Vinaya tells Outlook. “Both men and woman have legs and hands, but traditionally they have been asked to wear separate dresses in the name of genetics. Women are conditioned to be always conscious of her dress. Girls cannot run or jump properly because of their dress code,” she says. Women do not have to tolerate anything that’s inconvenient to her—be it her dress or her long hair.”

Vinaya adds, “They are introducing gender-neutral dresses in school now. But I have done it long ago amidst stiff opposition. I knew I was right and the society would eventually get it right.”

She recalls the time when she started her job and had to travel by train frequently. “By the time I reach my destination, my saree’s lower end would be dirtied. On returning from home after a vacation or leave, there were also times when I had to take bath at the waiting rooms of the railway station on the days I get late to report at the office. Saree is not at all comfortable on such occasions. It would get wet in the waterlogged railway bathrooms,” she says.

It was then that she decided to try pants and shirt. “There were instances when policewomen’s sarees were pulled off by miscreants while they were on duty at agitation sites,” she says. Vinaya was determined to continue wearing pants and shirt despite the opposition. Later on, she epitomised a long struggle for a gender-inclusive dress code within the police force and outside.

Vinaya was, perhaps, the first woman in Kerala to appear on public platforms in gender-neutral dresses and with cropped hair. She even organised sports events, bike riding etc., for girls. Once she dressed up as a tiger in the famous Pulikkali (tiger dance), a traditional folk art, which is otherwise performed only by men. 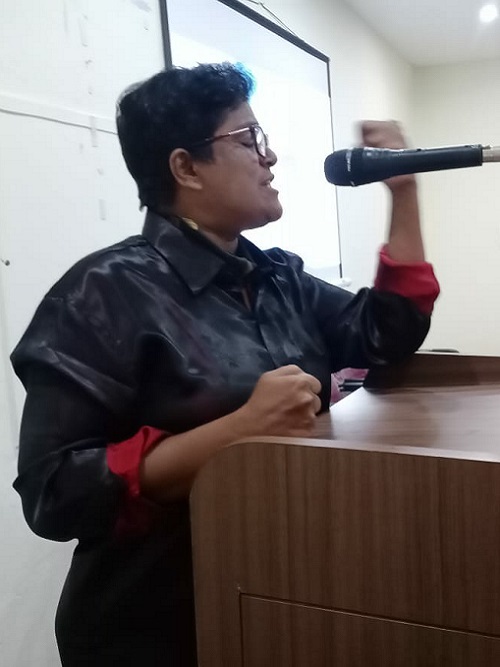 In the recent case of the teacher’s refusal to accept a job, the Leftist government took a stand against the college management, which had asked the teacher to compulsorily wear saree. Kerala’s higher education minister R. Bindu said her department has issued a fresh circular re-asserting women’s freedom to wear dresses of their choice. This is the third such circular the governments in Kerala have been forced to issue on the matter—the first one being in 2008 and the second in 2014—after non-implementation.

Minister Bindu said more incidents of saree imposition have been brought to her attention after the news reports on the latest controversy. “I am also a teacher. When I was teaching at Kerala Varma, I used to wear churidars regularly. While a teacher has several responsibilities, adhering to such outdated and obsolete ideas is not one of them. One’s choice of dressing is an entirely personal matter. No one has the right to criticise or interfere in another’s sartorial choices,” the minister said in a tweet.

At the same time, in the gender-neutral uniform experiment in the Government Lower Primary School at Valayanchirangara in Ernakulam district, girls’ skirts have been replaced. Now both the boys and girls here wear knee-length shorts. The school introduced it for the pre-primary section in 2018 and now extended it to lower-primary section with over 500 students after the classes reopened following the Covid-19 pandemic.

Kerala’s education minister V. Shivan Kutti hailed the move in a social media post, “We need similar efforts to achieve the goal of gender equality in education and other fields.”

Catholic nun-writer Sister Jesme, like Vinaya, too had spoken on women’s agency and dress code in Kerala much before the current debate. One of the most outspoken women in Kerala who exposed exploitation of nuns through her autobiography, Sister Jesme said that she has faced many occasions when her saree fell down from her waist in public. 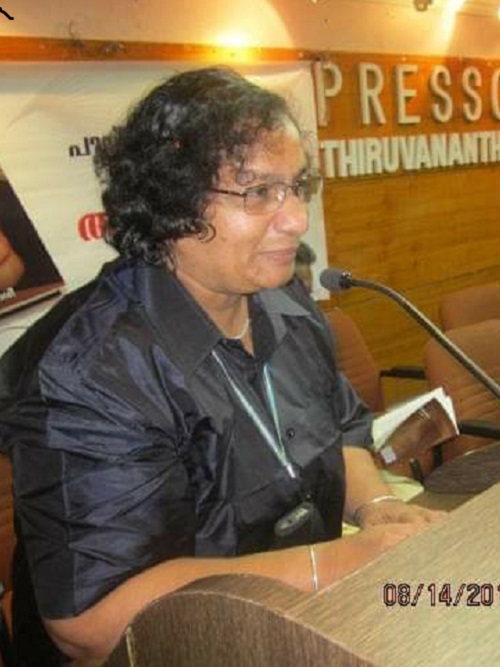 “Once, when I had gone to deliver a speech at a college, to my embarrassment, the fleets of my saree dropped down one by one. The staff and teachers immediately took me to a room and helped me wear it again properly,” she recalls.

On one women’s day on March 8, when she was invited for a public speech, she appeared on the stage wearing pants and shirt. To a shocked audience, Sister Jesme threw a dialogue from a play: “Don’t judge me with your man-made law”. She recalled now, “I just wanted to tell them that this is not a man’s dress but a human dress.”