The students studying in the private unaided schools, in their petitions, have contended that the single judge's May 31 decision was based on incorrect facts and law. 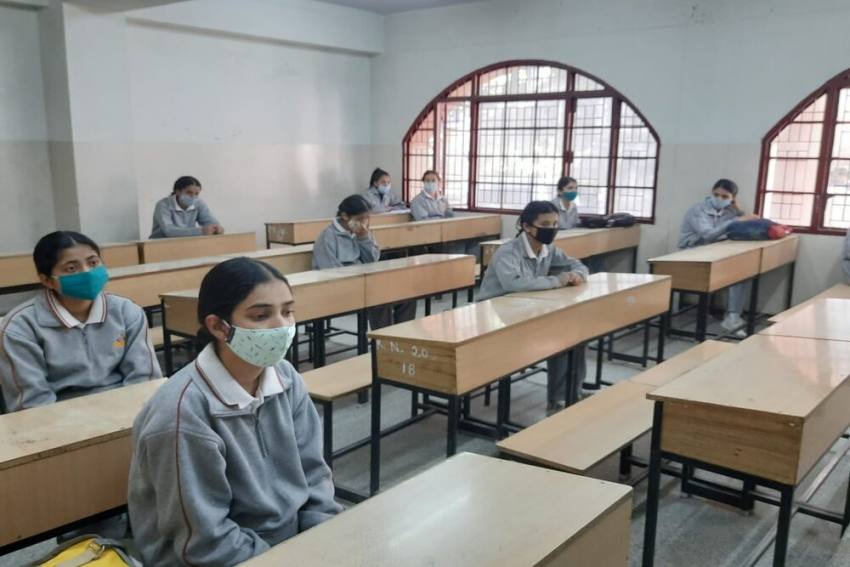 Several students and even the AAP government, have moved the Delhi High Court and have filed appeals against its single judge's decision allowing private unaided recognised schools to collect annual and development charges from students for the period after the lockdown ended in the national capital last year.

The students studying in the private unaided schools, in their petitions have contended that the single judge's May 31 decision was based on incorrect facts and law.

The single judge, in his May 31 judgement, had quashed two office orders of April and August 2020 issued by the Directorate of Education (DoE) of the Delhi government forbidding and postponing collection of annual charges and development fees, saying they were "illegal" and "ultra vires" the powers of the respondent (DoE) stipulated under the Delhi School Education (DSE) Act and the Rules.

A Plea For Humane, Pandemic-Sensitive Schools

The single judge had said that the Delhi government has no power to indefinitely postpone collection of annual charges and development fees by private unaided schools as it would unreasonably restrict their functioning.

The Delhi government, in its appeal, filed through its standing counsel Santosh K Tripathi, has contended that its orders of April and August last year were issued in larger public interest as due to the lockdown people were in financial crisis.

The DoE has contended that "charging fees is not the only source of augmenting the income" and therefore, any observation to the contrary will not only be prejudicial to the interest of the private unaided schools, but it will be difficult to regulate them.

The DoE has said schools, if unregulated, will determine their own fee structure "as per their whims and fancies" and therefore, it was duty bound to not allow any other head of fees other than those necessary to be charged as 'fees'.

The appeals on behalf of the students have claimed that establishment costs, like repairing of buildings, administrative expenses, rent and hostel expenses, are not applicable when the schools are closed.

They have also contended that the charging of annual and development fees was only deferred and not stopped and the schools could have charged the same once the pandemic situation normalised.

The pleas on behalf of the students and that filed by DoE have also contended that the conditions imposed by the Supreme Court on Indian School, Jodhpur vs. State of Rajasthan, could not have been made applicable to Delhi, as the education laws in both states are different.

The single judge had said that schools shall collect annual fees with a deduction of 15 per cent as was allowed by the apex court in the Indian School case.

The single judge had also said the amount payable by the students have to be paid in six monthly installments from June 10.

The other directions of the apex court, that were incorporated in the May 31 judgement, were -- it would be open to the schools to give further concession to their students or to evolve a different pattern for giving concession, management shall not debar any student from attending online classes or physical classes or withhold exam results on account of non-payment of fees and students name for Board exams shall also not be withheld over non-payment of fees/arrears.

The May 31 decision had come on the plea moved by Action Committee Unaided Recognized Private Schools, which represents 450 private unaided schools, through advocate Kamal Gupta.

The organisation had challenged the two office orders of April and August last year of the DoE on grounds that they curtail the rights of the private unaided recognized schools to fix their own fees.

The organisation had also contended that to restrict the collection of fee to certain heads or amounts was illegal and without any authority or jurisdiction.

It had also said that the DoE has limited jurisdiction to regulate fees, that too only to prevent commercialisation and profiteering.