UN Special Rapporteur, Dr Fernand de Varennes stated on Twitter that harassment of Muslim women in India via apps such as 'Sulli Deals' and 'Bulli Bai' must be condemned. 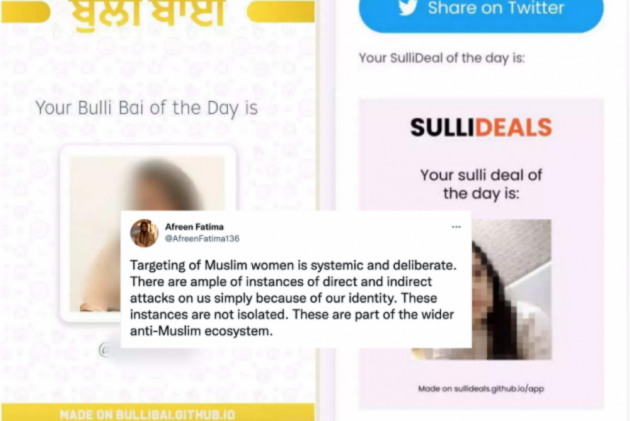 Harassment of Muslim women in India through social media apps such as "Sulli Deals" must be condemned and prosecuted as soon as they occur, a UN Special Rapporteur has said.

UN Special Rapporteur on Minority Issues Dr Fernand de Varennes took to Twitter to raise concern on the issue of minorities in India, saying “Muslim women in India are harassed and sold in social media apps”.

"#Minority Muslim women in #India are harassed & 'sold' in #socialmedia apps, #SulliDeals, a form of #HateSpeech, must be condemned and prosecuted as soon as they occur. All #HumanRights of minorities need to be fully & equally protected,” Varennes said in a tweet on Tuesday.

The Delhi Police last week arrested Aumkareshwar Thakur, 26, who is believed to be the creator of "Sulli Deals" app from Madhya Pradesh’s Indore, the first arrest made in the case.

Hundreds of Muslim women were listed for “auction” on the mobile application with photographs sourced without permission and doctored.

The accused, a Bachelor of Computer Application degree holder, admitted that he was a member of a group on Twitter and the idea to defame and troll Muslim women was shared there.

"He admitted that he had developed the code/app on GitHub. After the uproar regarding the Sulli Deals app, he had deleted all his social media footprints," a senior police officer said.

In a separate "Bulli Bai" case, the Delhi Police on January 1 registered an FIR in connection with an online complaint submitted by a city-based woman journalist against unknown persons for allegedly uploading her doctored picture on a portal.

The case pertains to the creation of the 'Bulli Bai' app, which targeted Muslim women by putting up their images online for "auction".

According to Delhi Police, Niraj Bishnoi, 21, who was arrested from Assam, was the alleged mastermind and creator of the ''Bulli Bai'' application.

He had disclosed during interrogation that he was in touch with the person behind the Twitter handle @sullideals, the alleged creator of the ''Sulli Deals'' app that was hosted on GitHub in July last year.