A total of four vehicles collided with each other in the accident. Sunny Deol's cavalcade was going towards Fatehgarh Churian where the BJP candidate had to campaign, DSP Gurdaspur said 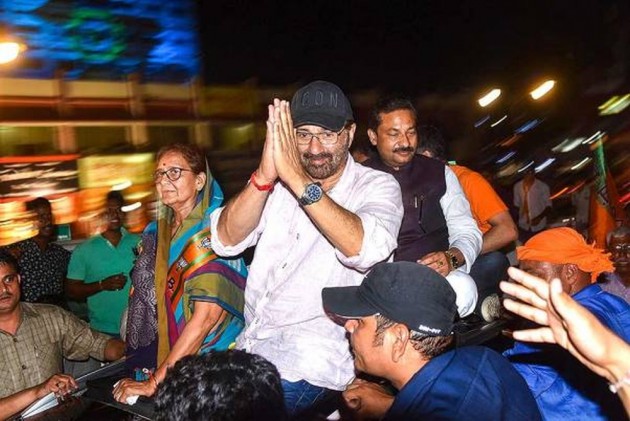 Four vehicles were damaged after a convoy of actor and BJP candidate from Gurdaspur Lok Sabha constituency Sunny Deol met with an accident at Sohal village in Gurdaspur on Monday.

However, the actor-turned-politician escaped unhurt.

The mishap occurred after one of the tyres in Deol's sports utility vehicle burst near a 'Gurdwara' in Sohal village, Gurdaspur Deputy Superintendent of Police (rural) Manjit Singh told news agency PTI.

'Wouldn't Have Allowed Sunny To Contest Had I Known...': Dharmendra On Son's Gurdaspur Battle

A total of four vehicles collided with each other in the accident. Deol's cavalcade was going towards Fatehgarh Churian where the BJP candidate had to campaign, the DSP said.

"Out of four, one vehicle belonged to a villager, rest other vehicles were part of Deol's cavalcade," he said. Nobody was hurt in the accident, he said.

After the accident, Deol resumed his journey to Fatehgarh Churian for poll campaigning, the DSP said.

Jakhar had won from the constituency in the last year's bye-elections following the death of actor-turned-politician Vinod Khanna.

Gurdaspur is one of the 13 Lok Sabha seats in Punjab that will go to polls on May 19. Counting of votes will take place on May 23.