Supersonic Flight: Can India Afford Not Catching The Next Bus?

India is missing out completely on the next generation of passenger aircraft, which is the supersonic passenger aircraft. Such aircraft will transform aviation and India can ill-afford to sit on the side-stands while others take the lead. 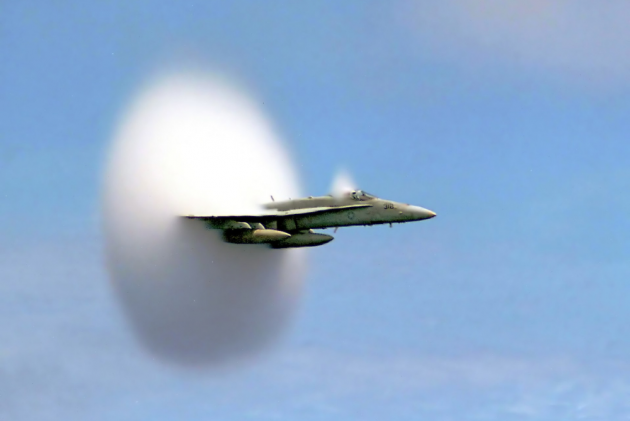 Even when Indian industry was there at the right time, such as automobiles or television, we almost succeeded in throttling our domestic industry through poor policies, leading to near-death experiences. In other cases, such as the development of the Electric Vehicle (EV) industry and the associated battery industry, while the rest of the key economies globally unleashed a series of government policies towards the end of the first decade of this century, India simply watched. And now, we are playing catch-up in the EV industry, while being heavily dependent on economies such as China for key components and batteries.

Sonic boom refers to an intense high-energy sound wave that is emitted when the aircraft moves from subsonic to supersonic flight. It is widely believed that a sonic boom can lead to the breakage of glasses on the ground and can be damaging to buildings and vehicles that have glasses. In addition, it has considerable nuisance value, given that it produces very large sounds. This has been one of the reasons why Concordes, the first successful commercial supersonic aircraft, were limited to fly trans-Atlantic, as they were prohibited to have supersonic speeds while flying over land. Sadly, the Concordes were retired after flying for a little over 25 years. They were ultimately marred by a devastating accident, which contributed to reduced profitability. The last flight took place in 2003, and the remaining Concordes were moth-balled and left at museums, as the operating costs exceeded the earnings.

However, there is globally a renewed interest in supersonic flights, and the reasons are quite straightforward. Supersonic flight can cut down the time of travel from say London to New York from 6.5 hours to a mere 3.5 hours. This is significant time savings and for businesspeople, time saved is money earned. One could actually fly out in the morning from London to New York, finish work and come back to London before the day ends, especially if one is able to time the difference in timelines. Similarly, a Delhi – New York flight can be done in 8 hours instead of the current 15.5 hours. And with further development of higher speed supersonic flights, these times can be further cut down.

Such possibilities have led to a scramble for the development of the next generation of supersonic aircraft, which are less noisy, more fuel-efficient and faster than anything that we have seen earlier. These aircraft can redefine the airline industry as we know it today. People want to reach their destinations faster, and supersonic aircraft enable them to do so.

Among the new crop of startups that have ventured into the design, development and manufacturing of supersonic passenger aircraft, is Boom Supersonic. They are building supersonic aircraft where the sonic boom will not be noticeable, and their vision is to provide supersonic flights at USD 100 per seat, to anywhere in the world. It is an incredible vision. They are also the front-runners to being adopted by many airlines, including United Airlines, which plans to roll out supersonic routes using the USD 200 m Boom Overture Supersonic aircraft, by as early as 2029.

Boom Supersonic is joined by startups that are focusing on smaller supersonic business jets, catering to the personal jets/ chartered jet market. Exosonic, again an American startup for supersonic transport aircraft, hopes to receive certification for its supersonic aircraft by 2029. Exosonic has also received a contract from the US Airforce to build the Air Force One for the President of the United States.

Hermeus is another American startup that is building what is called a hypersonic aircraft, that can fly at five times the speed of sound. This is indeed the future. It will be having a range of 4,600 miles. It too has received funding from the US Air force and it too is building an aircraft for Air Force One fleet.

Given that the middle eastern economies are desperate to diversify away from an oil-based economy, they too have jumped into the supersonic aircraft fray, with Mubadala, the Emirati sovereign investment fund, joining hands with Russia, to build a new supersonic transport aircraft from scratch. The Russians obviously come with a treasure trove of experience, having built the world’s first supersonic transport aircraft, the Tupulev Tu-144, that flew till 1999. More recently, they have been flying the supersonic Tupulev Tu-160. However, to be successful in the commercial market, the aircraft need to make economic sense, wherein Russia and UAE are going for a brand new aircraft.

We also have Spike Aerospace, founded by Indian origin American, Vik Kachoria. It has an interesting design as it has no windows, and yet passengers can see everything outside, through a panoramic internal display that is connected to cameras outside. In fact, we also have Tech Mahindra contributing to this project by leveraging its prowess in engineering, optimization and composites.

And then there have been others such as Aerian Supersonic, who have been working on smaller supersonic business jets but had to suddenly shut shop as funding dried out. These are the vagaries of working on the cutting edge.

And that brings our discussion back to the question as to what is India doing about supersonic transport aircraft. Sadly, India does not even have a noticeable transport aircraft manufacturing industry, forget about supersonic transport aircraft. Being left behind in almost a trillion-dollar industry, will not do any good to India’s ambitions of becoming a USD 5 trillion economy and more in the near future. More importantly, India will be left out of a very critical technology that will also have strategic applications. Imagine having low sonic boom hypersonic bombers, which may be hard to detect on radars.

India cannot afford to be a passive bystander to the fast-developing world of supersonic aviation. We need to act now to get on to this bus.

(The views expressed in this article are personal and may not necessarily reflect the views of Outlook Magazine.)