Kerala Union of Working Journalists (KUWJ) alleged that Kappan has been chained to a cot in the hospital he was admitted to after falling in the bathroom and later testing positive for Covid-19. 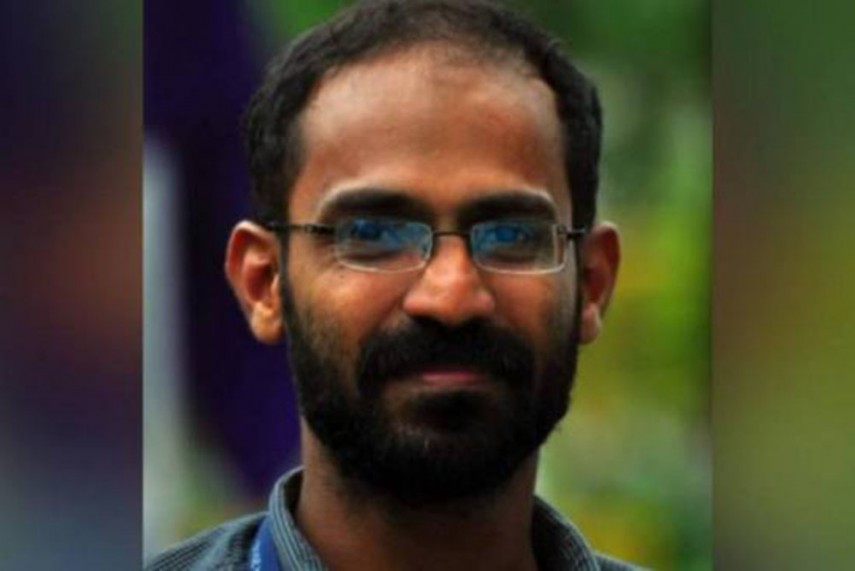 The Supreme Court asked the Uttar Pradesh government to submit medical records of journalist Siddique Kappan, on Tuesday, who was arrested last year on way to Hathras where a young Dalit woman had died after allegedly being gang-raped.

Kerala Union of Working Journalists (KUWJ) have alleged that Kappan has been chained to a cot in the hospital he was admitted to after falling in the bathroom and later testing positive for Covid-19.

The UP government refuted the allegations that Kappan has been chained to a cot at the hospital and said it would file a short reply on his medical records by tomorrow.

A bench of Chief Justice N V Ramana and Justices Surya Kant and A S Bopanna asked Solicitor General Tushar Mehta, appearing for the state government, to file the medical records by Wednesday.

At the outset, Mehta said he had a preliminary objection to the habeas corpus petition filed by KUWJ as Kappan has been in judicial custody under the judicial order.

He said the habeas corpus petition was not maintainable in the case where an accused is under judicial custody.

Advocate Wills Mathew, appearing for KUWJ, said that on April 20 he fell in the bathroom and on April 21 he was tested positive for Covid-19.

He added that besides the reliefs being sought, Kappan should also be allowed to talk to his mother via video conference.

The bench, which was facing difficulty in hearing the arguments due to a connectivity issue, adjourned the matter for Wednesday.

“When we are adjourning the matter for detailed hearing for tomorrow, why are you making arguments now,” the bench told Mathew.

It asked Mehta to file medical records of Kappan by Wednesday to which the solicitor general agreed.

Kappan's wife recently wrote to CJI Ramana seeking his immediate release from the hospital, alleging he is "chained like an animal in a cot" there.

Raihanth Kappan claimed in the letter written to the CJI that Kappan received injuries on April 20 after falling in the jail bathroom and was reported Covid-19 positive a day later.

She said he was shifted to KM Medical College, Mathura, on April 21, where he is presently "chained like an animal in a cot of the hospital, without mobility, and he neither could take food, nor could go to the toilet for the last more than 4 days, and is very critical."

On November 16 last year, the top court had sought a response from the Uttar Pradesh government on the plea challenging the arrest of the journalist.

PFI had been accused in the past of funding protests against the Citizenship (Amendment) Act across the country earlier this year. The KUWJ had filed a habeas corpus petition in the top court against his arrest and immediate release from “illegal detention”.

The police had said it arrested four people having links with the PFI in Mathura -- Siddique from Malappuram, Atiq-ur Rehman from Muzaffarnagar, Masood Ahmed from Bahraich and Alam from Rampur.

The plea stated that the arrest was made in violation of the mandatory guidelines laid down by the apex court and with the sole intention of obstructing the discharge of duty by a journalist.

Kappan was arrested on his way to Hathras, which has been in the news following the death of a 19-year-old Dalit woman who was allegedly gang-raped on September 14, 2020, in a village in the district.

Her cremation at night by the authorities, allegedly without the parents'' consent, has triggered widespread outrage.