The apex court sought response of the Central government on a PIL of three women who have sought that provisions like 3(2) (b) of the Medical Termination of Pregnancy (MTP) Act, be declared as 'void and unconstitutional'. 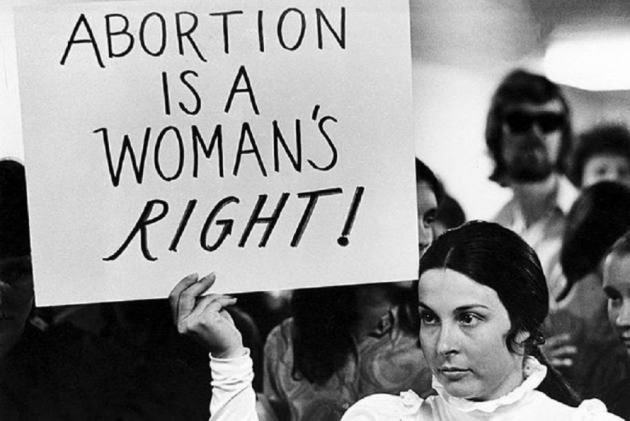 The Supreme Court Monday agreed to examine the constitutional validity of certain legal provisions that allow abortion only to save the woman's life or in case of an abnormal foetus and allegedly violate women's right to health, "free reproductive choice" and "privacy".

The apex court sought response of the Central government on a PIL of three women who have sought that provisions like sections 3(2) (a) and 3(2) (b) of the Medical Termination of Pregnancy (MTP) Act, be declared as "void and unconstitutional" as they were violative of their fundamental rights.

The plea, filed by Swati Agarwal, Garima Sekseria, Prachi Vats, said a provision of the MTP Act mandated that the opinion of a registered medical practitioner to terminate pregnancy would be needed and the abortion after 20 weeks can only be allowed on the ground of risk to life of a pregnant woman and it violated the women's right to health, reproductive choice and privacy.

"The provision imposed severe restriction on the exercise of the reproductive choice of the woman by providing for a precondition of an opinion by the medical practitioner about there being a risk to the life of the lady or of grave physical or mental injury or risk of serious fetal abnormalities if the pregnancy is continued.

"The restriction puts an undue burden on the exercise of free reproductive choice and renders it meaningless. This provision in substance makes the right to terminate pregnancy an exception which is otherwise recognized as an important facet of right to life, human dignity, autonomy and self-determination," it said.

The plea also sought direction to declare section 3(2)(b), which restricted the termination of pregnancy not exceeding 20 weeks on the ground of risk to the life of the woman or the child when born, as unconstitutional and void.

The plea said the right to choose whether to conceive and carry the pregnancy to its full term or to terminate it was at the core of one's privacy, dignity, personal autonomy, bodily integrity, self-determination and right to health.

"The state cannot compel a woman to continue a pregnancy against her will when the continuance of pregnancy will entail physical, mental and socio-economic consequences which far outweigh the consequences that ensue as a result of the termination of pregnancy," it said.

"Keeping in view the fact that India lacked robust diagnostic infrastructure especially in rural areas, complications in advance stages of pregnancy, change in the physical/mental/socio-economic situation of the pregnant woman, the restriction of 20 weeks was excessive when safe abortions was possible as late as towards 26 weeks," it said.

The plea further sought direction to declare explanation 2 to section 3(2) of the Act as unconstitutional and void as it adversely affects the sexual autonomy of single women.

The provision provides that where any pregnancy occurs as a result of the failure of any device or method used by any married woman or her husband for the purpose of limiting the number of children, the anguish caused by such unwanted pregnancy may be presumed to constitute a grave injury to the mental health of the pregnant woman.

It added that several studies conducted suggest that unmarried sexually active women face considerable obstacles to contraceptive use and abortion facilities and hence affording protection only to married women was arbitrary and amounts to hostile discrimination.

It sought direction to declare Section 5 of the Act, which provided termination of pregnancy beyond 20 weeks only on the ground of immediate necessity of saving the life of the woman, as unconstitutional and void.

The plea sought direction for implementation of the MTP (Amendment) Bill, 2014 which had proposed to do away with the requirement of the opinion of a registered medical practitioner to terminate pregnancy and also to enhance it to 24 weeks.

It said that in case of minors, there should be an alternative route for making safe abortions accessible in a situation where the guardian refused consent.