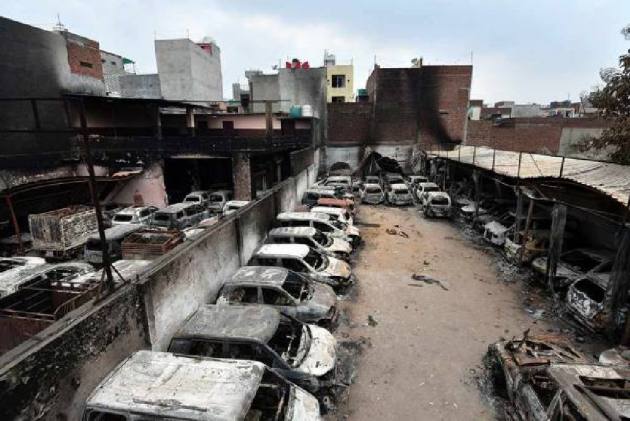 The Supreme Court on Wednesday ordered the matter relating to Delhi riots to be listed before Chief Justice of Delhi High Court on March 6.

The Chief Justice of India S A Bobde said that the Delhi High Court is requested to decide the matter as expeditiously as possible.

The Supreme Court was hearing a plea seeking lodging of FIRs against BJP leaders and others for their purported hate speeches which allegedly led to recent violence in Delhi.

Where Were The Leaders When Goons Killed, Burned And Looted?

Who Fanned The Flames of Hatred? Is Kapil Mishra Only To Blame?

The plea filed by some riot victims was mentioned for urgent listing before a bench headed by Chief Justice , which said it would be heard on Wednesday.

Taking up the High Court, CJI Bobde said, "Their prayer (petitioners) to hear the matter on time is justified. In riots, violence cannot be curbed by courts. But just because there is no violence it does not mean that courts can give such long adjournments."

Senior advocate Colin Gonsalves, appearing for the petitioners, told the bench on Monday that the Delhi High Court has deferred the pleas on Delhi violence for four weeks despite the fact that people are still dying.

The bench told Gonsalves that courts are not equipped to control riots and it is the job of the executive.

"We would wish peace but you know that there are limitations," the bench observed, adding, "Courts are not equipped to handle such kind of pressure".

"We also read newspapers and the comments which are made," the CJI said.

Gonsalves said that high court should not have deferred the Delhi violence matter for four weeks.

"When people are still dying then why can't the high court hear it urgently," he said and urged the apex court to list the plea for hearing on Tuesday.

The bench had agreed to hear the plea on March 4