'Violence Must Stop': SC To Hear Pleas Against Police Action On Jamia, AMU Students On Tuesday

A bench headed by CJI S A Bobde took serious note of the rioting and destruction of public property during protests. 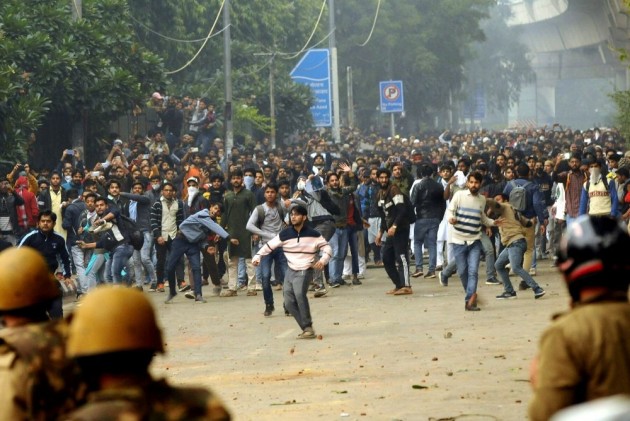 The Supreme Court on Monday said it should be first assured that there is peace and no rioting, and then it will be inclined to hear matters connected with the alleged police high-handedness on protests in Jamia area in south Delhi and Aligarh Muslim University against the Citizenship (Amendment) Act, 2019.

A bench headed by Chief Justice S A Bobde on Monday also took serious note of the rioting and destruction of public property during protests against the Act and said this must stop immediately.

"The only thing we want is that the violence must stop," the bench said, adding, "if protests and violence and damage of public property will be there, we will not hear the matter".

The bench also comprising justices B R Gavai and Surya Kant asked the lawyers to file their petitions and said it would hear them on Tuesday.

A group of lawyers led by senior advocate Indira Jaising and Collin Gonsalves mentioned the matter before the court urging it to take suo motu (on its own) cognisance of the alleged violence unleashed against the students who are holding protest against the Act.

The protests against the CAA took a sudden violent turn on Sunday when few buses were set ablaze in South Delhi's NFC area. Though the Jamia students distanced themselves from the violence, the police entered the campus and beat the students. The students alleged the police fired several teargas shells inside the campus and went berserk.

The protests and the police crackdown on students had a spillover effect in AMU where students clashed with police even after midnight, The police resorted to lathi-charge and teargas shelling in which at least 60 students were injured.