Congress president Rahul Gandhi, addressing the media after the meeting on Friday, said the issue of EVMs was discussed at length by the opposition leaders. 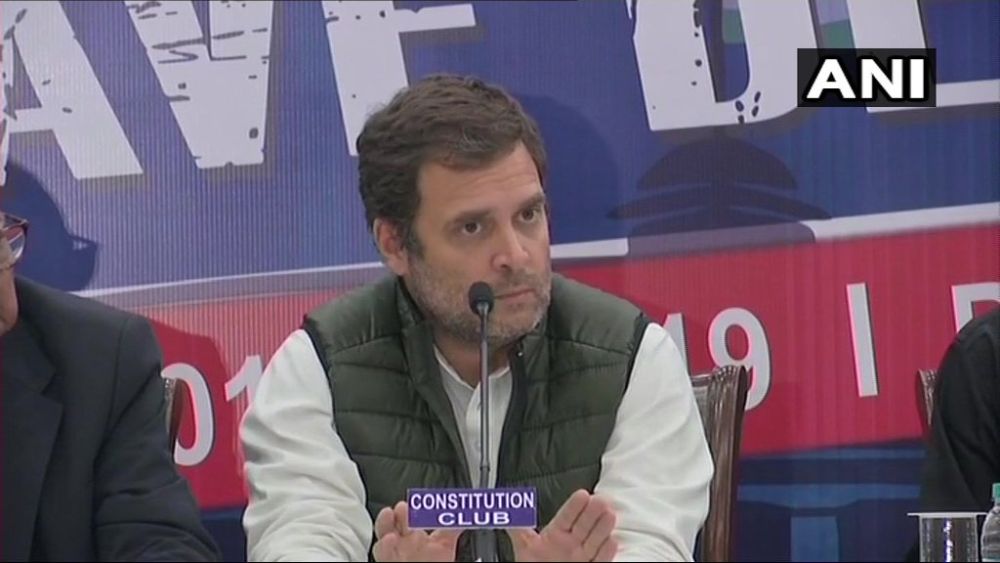 Opposition parties met and decided to approach the Election Commission on Monday for redressal of their concerns over the use of EVMs in the upcoming Lok Sabha polls.

Congress president Rahul Gandhi, addressing the media after the meeting on Friday, said the issue of EVMs was discussed at length by the opposition leaders.

"We have had a good meeting. All parties have agreed to discuss in detail three issues -- two central and one structural -- jobs, agriculture and attack on institutions. We are going to meet and find solutions to these problems," he said.

"The election will be about jobs, agriculture, attack on institutions, and corruption by the prime minister in the Rafale deal," the Congress chief said.

Asked about the budget being hailed as a "surgical strike", Gandhi said "surgical strike" will happen on the prime minister and his government on issues such as Rafale, jobs and demonetisation.

He said opposition parties will meet election commission officials on Monday over concerns about EVM tampering.

Several opposition parties have been claiming that only two-three countries are using EVMs and the rest have reverted to the ballot paper system following complaints of malfunctioning of these machines.

The Congress, while supporting the demand, has maintained that since the Lok Sabha election is just around the corner, the EC should ensure counting of paper trail in 50 per cent booths across the country to ensure there is no doubt in the minds of the voters.