According to a survey, Indian travellers journeyed on an average of 780 km per booking this year compared to 1,786 km per booking from June to August 2019. This is slightly lower than the global average of 63 percent. 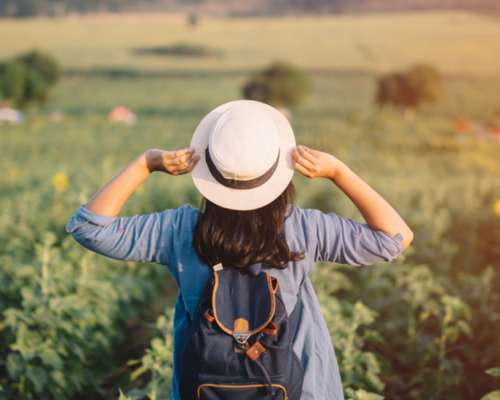 With a change in travel patterns due to the pandemic, a recent survey has shown that the average distance covered by Indian travellers dropped by 56 percent to in June-August as compared to the same period last year, indicating that destinations closer to home are becoming popular due to the pandemic.

Indian travellers journeyed on an average of 780 km per booking this year compared to 1,786 km per booking from June to August 2019. This is slightly lower than the global average of 63 percent, a survey conducted by Booking.com has revealed. The survey included 50,688 respondents, of which 1,997 were from India, across 29 markets with respondents who were 18 years or older and had travelled at least once in the past 12 months.
Travelers may not be able to take that distant trip they had previously hoped for, but the current scenario has given them the opportunity to discover heaps of wonderful experiences closer to home.

The survey showed that while the events of the year have led to seismic shifts in travel behaviours and destination choices, 51 percent of the Indians respondents said they were dreaming of beautiful beaches. About 42 percent expected bustling city trips and 40 percent even dreamt of traveling to visit family and friends before they knew their contact with them would have been limited this year, the survey indicated. Many of those travel desires would typically have been met with far-flung destinations but this year, they have discovered these simple pleasures next door, it said. So, whether it is exploring the pink city of Jaipur or soaking in the Nawabi culture of Hyderabad, the travel desires of many destinations have still been explored this year but just a little closer to home.