Survival Instinct And Training: Story Of An IAF Pilot Ejecting From His Falling Aircraft

When seven failures hit me in a single sortie, within a time span of two minutes and forty seconds, my brain did not get cluttered -- it actually started working more efficiently and ensured that I took all the required actions correctly. 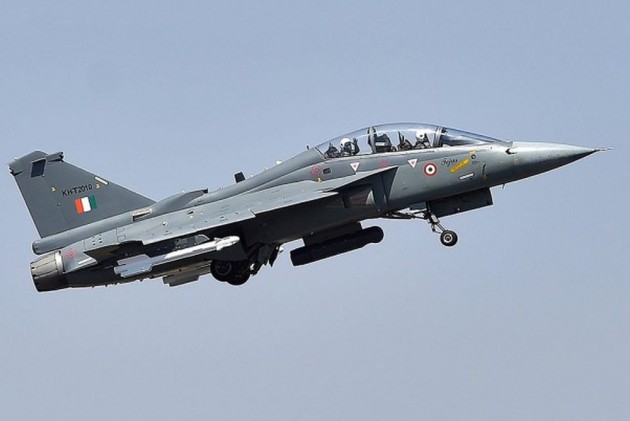 "What goes up, must come down" -- this pretty much sums up the game of aviation. What it lacks, in essence, is only the euphoric release of endorphins as one straps his wings onto himself in the twilight of the breaking dawn and launches himself in into the blue yonder. "All is Well" except there are a few omnipresent variables, and consequently a few omnipresent problems, to be tackled by the pilot. The following account is a humble attempt to explain the same to the uninitiated.

For a pilot, the task of staying airborne involves intelligently dividing his attention between three activities. First, he must monitor aircraft systems to ensure maximum exploitation of aircraft capability and potential; then, he must monitor the environment for impending vulnerabilities, both aircraft and capability related; while enjoying the very act of flying. Optimised regular training ensures that a pilot instinctively knows where his attention must focus at any given moment. So, when seven failures hit me in a single sortie, within a time span of two minutes and forty seconds, my brain did not get cluttered --  it actually started working more efficiently and ensured that I took all the required actions correctly. It was akin to time dilation, with me absorbing so much in those three minutes, that I could explain it in hours after I reached the ground. Was it my nineteen years of flying experience? No. Training ensures that even the youngest of the brood would take all actions correctly with lightning speed. A fighter pilot regularly straps onto his back more than seven tons of metal and composites and three-plus tons of mostly inflammable liquids before he lights up the engine to create temperature differentials of up to three thousand degrees Celsius. Wake a pilot at 0200 h at night and shout "Engine Fire After Take Off" and he’ll blurt out the correct actions in a flash.

A quick glance in the rearview indicated that the entire aircraft was on fire, just a metre behind the cockpit. Eject! Eject! Eject! came as naturally to me as a fish takes to water, with an inherent desire to curl up in the pre-birth womb posture. But then, the back must stay ram-rod straight during ejection (so that the vertebra don't say hello to each other) and survival instinct coupled with training ensured that I take the correct posture. Although the aircraft was by now in a spin, a smooth pull on the ejection handle between my legs saw the cartridge under my seat fire, propelling me from Zero (speed) to more than 30 metres per second in just under a couple of seconds. Why was this required? Well, to put it simply, the tail of the aircraft was travelling towards me at 250 metres per second and prudence demanded that I clear its height comfortably before it reached me. Such acceleration is associated with high gravitational forces and I guess you’ll understand that an ejection leaves a deep psychological and physical impact on a pilot. The pain in the back is excruciating and the 25 plus g force makes the blood drains to the legs, momentarily causing a greying-out or blacking-out.

After clearing the aircraft tail, the seat stabilises with the help of drogue parachutes – I found myself sitting erect on a chair, mid-air at an altitude of four kilometres, the minus 16 degrees ambient temperature caressing the beads of stress-induced sweat on my brow. A few milliseconds later, the cutters emanated a ghastly metallic chopping sound and the seat separated outwards from my back and bottom. With my head facing downwards in one of the tumbles, a drogue parachute now decided to open, bringing me to erect posture in a few milliseconds. The lateral jolt on the body was so immense that all my joints released nitrogen almost simultaneously, sounding like a drummer’s crescendo at a performance – of course, there was no one else to hear.

The next six and a half minutes descent thereafter was smooth and it gave me time to jettison the unnecessary parts of my gear. It also gave me time to pull out my Nokia 1100 to report my location. Not that anyone will probably test it this way again, but I can assure you that mobile networks do not work at an altitude of 1.8 km.

The ditching into the sea and disentangling myself from the parachute cords took a definite two minutes and so I tasted the salty water, at least a bucket of it. I’m glad the sharks weren’t interested in me. My winching up and recovery by an IAF helicopter and its crew amid the tall, rough waves speaks volumes of their daring spirit and professionalism.

I was lucky to fly again, just four months after my ejection and lead my squadron till the end of my fighter command.

Credit must be given where it is due. The aviation medicine doctor is the backbone of a fighter pilot. “You’re Shape 1 only in attitude, don’t do anything funny,” said the doc while declaring me fully fit three months later. The other mention that has to be made – family. Not once did I think of family during the entire ejection sequence and recovery...your instincts are kicking in and there is just too much to do to keep yourself alive.  My wife didn’t express any fear about the events that had panned out in our lives which gave me the strength and space to sort out the vulnerabilities in my head. She went out shopping more often and to every possible mall!

I’d like to finish with a quote – Da Vinci, was it? -- to sum it all up. “Once you have tasted flight, you will forever walk the earth with your eyes turned skyward; for there you have been, and there you will always long to return.”