Nitish Kumar is the Captain of NDA in Bihar and will remain its Captain in next assembly elections in 2020 also, Sushil Modi had tweeted. 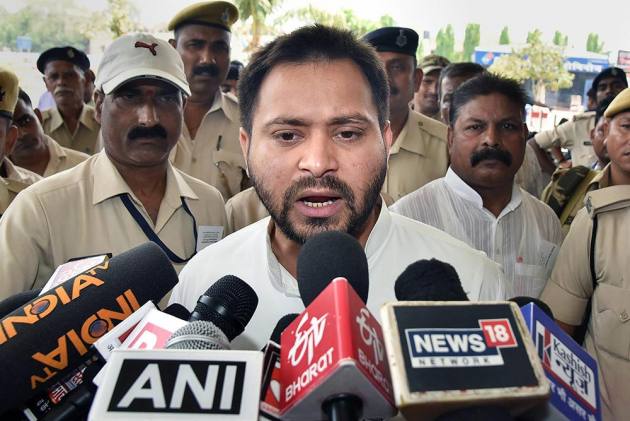 In what could be considered an opening salvo ahead of assembly elections in Bihar, Rashtriya Janata Dal (RJD) leader Tejashwi Yadav on Wednesday said deputy chief minister Sushil Modi was on the side of JD(U) chief Nitish Kumar, the reason why the BJP didn't have any face for polls.

"Sushil Modi does not have any decision-making power. It means that he does not believe in the face of Narendra Modi. BJP should think that it is the biggest political party in the world and it does not have a face in Bihar.

"Sushil Modi is not in the BJP but on the side of Nitish Kumar's party and Nitish's man. Everybody knows this. Even BJP leaders say this. That's why BJP does not have a face in Bihar," he told reporters.

Tejashwai's comment comes a day after Sushil said that Nitish was the NDA captain in Bihar.

"Nitish Kumar is the Captain of NDA in Bihar and will remain its Captain in next assembly elections in 2020 also. When Captain is hitting four and six and defeating rivals by inning where is the question of any change," Sushil Modi tweeted.

Hitting out at Nitish, the RJD leader said if he was doing so well, why would he ask for votes in the name of Prime Minister Narendra Modi instead of his work?

Assembly elections in the state are scheduled to be held in October-November next year.

Sanjay Paswan, also a member of the state legislative council, had earlier said the BJP entrusted Nitish Kumar with the Chief Minister's post for 15 long years and now he should reciprocate the gesture.