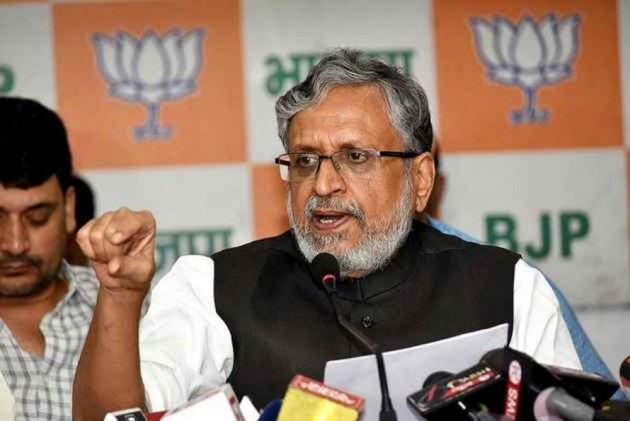 Bihar Deputy Chief Minister Sushil Kumar Modi on Wednesday said that Narendra Modi government has taken a decision to conduct caste-wise census in 2021, after the last one under British rule in 1931.

"After the first caste-census in 1931, the Narendra Modi government has taken a decision to conduct caste-wise census in 2021.

"After the 2021 caste-census, the central government, if needed, will bring constitutional amendment bill to increase the reservation cap in order to provide reservation in proportion to the various castes," Sushil Modi said.

Kumar, during his Lok Samvad programme on Monday last, had said that it will be better if all the castes are provided quota in proportion to their population. The caste-wise counting of people should be done during the decadal census of 2021, he had said.

Sushil Modi asked the Congress party, which ruled over 45 years at the Centre, as why it did not carry out caste-wise census after 1931.

Why it did not provide reservation to economically weaker sections among upper castes, the Dy CM said adding that why Congress did not implement the recommendations of Mandal and Mungeri Lal Commissions.

It also did not provide constitutional status to Commission for Backward Class, he said.

Coming down heavily on RJD, which ruled for 15 years in the state, Modi asked why it did not give reservation to scheduled caste, scheduled tribe and Extremely Backward Class (EBC) in panchayat polls held after 27 years in 2003.

"Why the RJD government in 1992 did away with the provision of three per cent reservation on economic basis
which was extended by Karpoori Thakur government?", Modi asked.